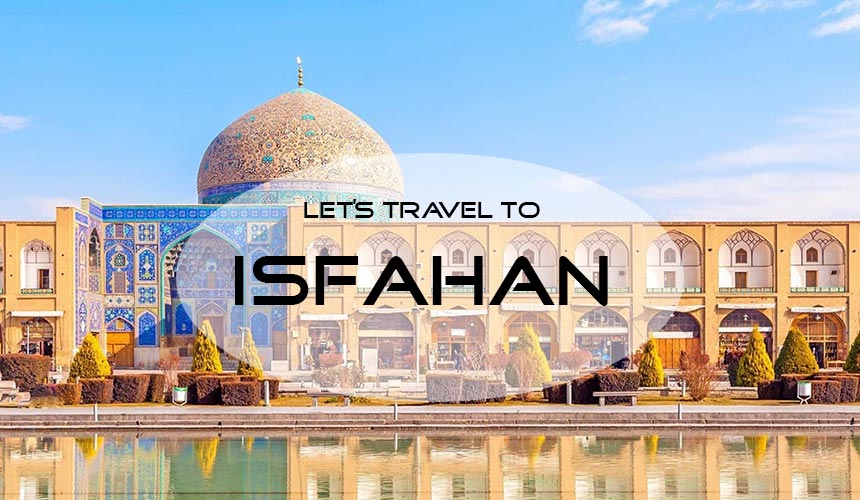 Isfahan; the city of history and architecture

Isfahan is the most famous city among tourists. we can claim that every person who travels to Iran, will decide to visit Isfahan attractions and architectural beauties.

Isfahan; the city of love and art

Isfahan Iran is a city of history and art that presents spectacular pictures of people in the center of Iran's plateau.

This time, we will provide general information about Isfahan, and in the following, we will detail the attractions, food, souvenirs, crafts, and entertainment that are waiting for you in this city.

In general, the weather in Isfahan is moderate and dry, which has caused the amount of rain and snow below. The climate of the city of Isfahan is influenced by the desert and hot in the north and east, but it has a cooler climate in the south.

Spring: In the spring months, April and May are air-conditioned, but it is slightly heated by the arrival of Khordad.

Summer: As there is a mild and dry climate, there are warm summers in Isfahan. This heat will continue until early fall.

Autumn: In the autumn and the month of November and the first half of Azar, the air is warm, but as late as December, the cold winter is more felt.

Winter: In the winter, the amount of snow is low and the air is not very hot.

Chehelsotun mansion was built in a garden and a collection of buildings and palaces of the Safavid government building. The building was mainly built for the official reception of guests and foreign ambassadors, in three stages and according to a single plan.

One of the most beautiful squares in the world is about 512 meters in length and 160 meters in width, with rooms on two floors of one size and shape. There are four unique monuments around the square.

The palace of Hasht Behesht

The privileged position of the garden and mansion of the Hasht Behesht was such that the entrance of the garden was done from all sides. In the south of the Garden of Hasht Behesht during the reign of Shah Sultan Hussein, a collection of schools, caravanserai, and bazaars were constructed.

Some features of Vank have made it different from other ancient Armenian churches:

Unlike other churches, which are the stone of their original material, they built the Vank Church with crude clay.

The use of gold works and gilding in this church is very different from other churches.

What was said was only a brief introduction to the city of Isfahan. In the following, we will introduce the full introduction of each part of the city to make it a better trip this city.