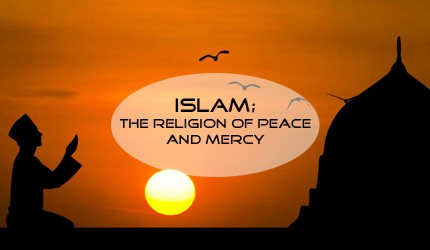 Islam religion; the religion of peace and mercy

Islam is the last religion from Abrahamic and divine religions, which according to what is said in Qur'an and narratives...

All you need to know about Islam religion

Islam religion as the lastest religion in the world and also the second-largest religion is always It has always been of interest to all the people of the world, especially to other religions. Islam religion can be considered one of the most controversial religions in the whole world.

Islam is the last religion from Abrahamic and divine religions, which according to what is said in Qur'an and narratives, there will not be any religions after that. Many of the things that happen around the world and the news that we here from the TV every day are related to Islam religion.

All of this has made people all over the world curious about the Islam religion and its terms and conditions and want to know where this religion comes from. In this article, we talked about everything you need to know about Islam religion

About Islam religion, we should say that the starting point of this religion is 610 AD in the city of Mecca, located in the Arabian Peninsula. Muhammad is the prophet of Islam. The holy book of Muslims is the Qur'an and the Qiblah of Muslims is the home of Kaaba in Mecca. The increasing development of Islam began after the emigration of the Prophet to the city of Medina.

The teachings and rules about Islam religion fall into three broad categories of beliefs, rulings, and morals. The most important element of its belief in monotheism and the most basic practice of worship is prayer.

In Islam, there are two major religions, Shia and Sunnis, each of which is divided into several sects. The most important difference between these religions and sects is the question of succession of the Prophet of Islam.

Difference between Shia and Sunni

Muslims share a common culture and have a different worldview. They all worship the only God and believe in the Prophethood of Muhammad. The book of all of them in the Qur'an and their Qiblah is Ka'ba, Muslims are pilgrims with each other and the same way. another thing about Islam religion and these two parts of it is they pray and fast the same and there is not much difference in anything except in a partial matter.

The main difference between Shia and Sunni is the Islamic caliphate and religious authority. Sunni people accept a successor as the leader of the community but don't believe it as religious authority. Sunnis do not give such this position to anyone, therefore, they do not consider infallibility in Imam and Caliph, but the Shia consider their Imams as innocent of error.

Shia is one of the two main religions of Islam, which is divided into several sects. The common denominator of all these sects is the belief in the Succession of Imam Ali and his two children, Imam Hassan and Imam Hussein after the Prophet Mohammad.

Shia Muslims are present in most Muslim countries, but the majority of them live in Iran, Iraq, Azerbaijan, Pakistan, and Lebanon.

when you want to know about Islam religion, you hear these 2 words a lot. Vajeb is the thing that you have to do in Islam. The most famous and important vajeb actions in Islam are:

Namaz is Muslim's prayer that they do it is obligatory five times at certain times of the day. In this worship, they stand in front of the Qiblah and read special remarks and take special actions. Namaz is called in two forms of individual and congregation.

One of the most important things about Islam religion is Ruze or fasting, which refrains from doing some things, including eating and drinking from the morning prayers to sunset to be close to God.

Although fasting has been in pre-Islamic religions, it has special rules in Islamic culture. Religious sources have considered numerous moral effects of fasting. In Ramadan, all Muslims - if they have the conditions specified in the Quran- must fast and should pay atonement in case of disobedience.

Hajj is obligatory worship and is the basis of the religion of Islam. Hajj is a series of acts that take place in the month of Dhi al-Hijah, in the city of Mecca and around Ka'ba house. Hajj is the largest Muslim community. Groups of all Islamic sects come together in Mecca during this religious ceremony. 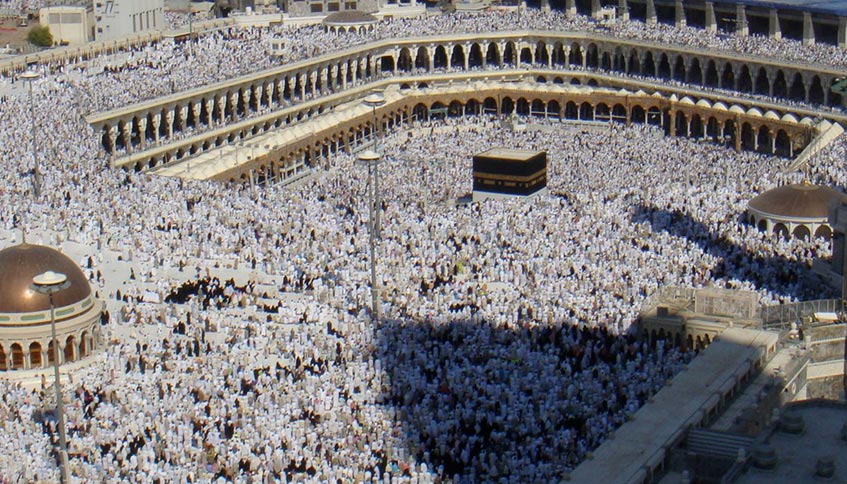 Hijab in Islam religion does not mean a chador, but a hijab without chador is also possible and is mandatory in Iran. Hijab in Islam, according to narratives, is wearing head, hair, neck and all over the body of the woman. of course, face and two hands are not in this category.

Harram is the rules and things that you shouldn’t do in Islam religion. the most important thing that you cannot eat in Islam and you cannot find in Iranian food is blood, drinks with alcohol, pork meat or meat of animals that not killed in an Islamic way.

History of Islam entry to Iran

this is one of the important issues about the Islamic religion. In a time when Muslims fought the Sassanid government, Iran was militarily powerful, with all its turmoil and disintegration. At that time, two great powers ruled the world; Iran and Rome. Other countries or their sponsors or their traders. Iranians had an extraordinary superiority to Muslims in terms of soldiers, weapons, and means of warfare, both in terms of crowds, and in terms of supplies, equipment, and other facilities.

The Muslim Arabs were not even familiar with the techniques of that day on the level of the Iranians and Romans. Hence, no one could at that time predict the massive defeat of the Persians by the Muslim Arabs. In the victory of the Muslims, though the belief in God and the motivation to achieve the sacred goals were involved, only their spiritual strength and faith were not enough to give them such conquests. The fact is that the most important factor behind the failure of the government is the Iranian dissatisfaction with the state of the state at that time.

Society of that day was a strange class community. Zoroaster's religion was so corrupted in the hands of the priests that the intelligent nation of Iran could never have heartfelt it. Even some scholars have said that if Islam did not come to Iran at that time, Christianity gradually became Iranians religion.

The indifference of the Iranian people towards their government and their religious apparatus and clergy-led their soldiers not willing to fight Muslims and, in many cases, help them. For example, four thousand Deylami soldiers, after consultation, decided to become Muslim.

The last point about Islam religion is that it has penetrated the Iranians gradually and calmly. History also shows that the greater the political independence of Iranians, the greater their perception of the spirituality and realities of Islam has increased and after that, it becomes the official religion in Iran and combined with Iranian culture.