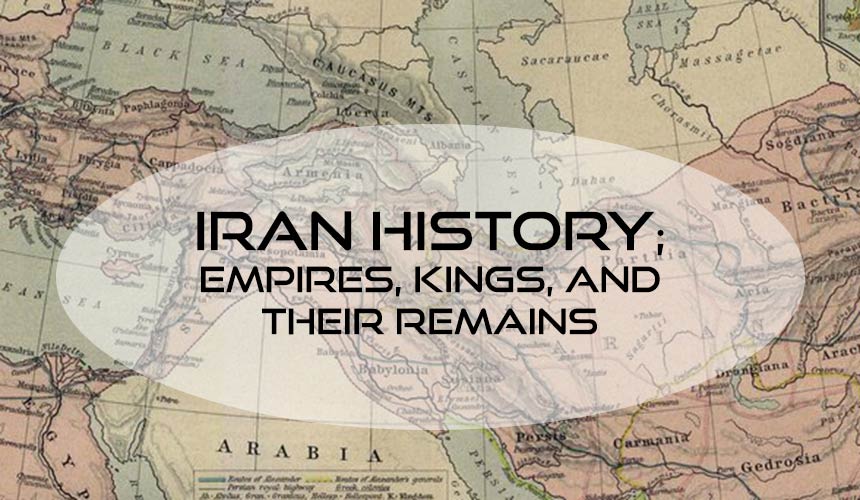 Iran historical tourism has is the most important part of Iran tourism. you will read about dynasties and their remains in Iran history from the beginning until now.

Iran history; Iranian empires from the beginning and their remains

Historical tourism is the main reason why people and tourists from around the world travel to Iran. Iran's ancient history and culture are the most attractive part of Iran's tourism.

4000 years of written history and prehistoric works from more than 7000 years ago in Iran, will be interesting for anybody, that’s why Iran's historical tourism is so popular.

Where is our information from Iranian history?

So far, there has been no comprehensive account of the dynasties and kings of Iran before and after the history of Islam, and perhaps no source has provided such a complete and proper summary of them.

For this reason, we have decided to give an overview of the Iranian dynasties from the beginning until after the arrival of Islam, and we will present the period of the rule of each Iranian state with its kings.

Also, if you want to experience Iran's historical tourism to travel to Iran with an Iran tour to feel Iran's history, we made a list for you that tells you, which cities of Iran, you can find the attractions and monuments of each dynasty.

Iranian dynasties, from the beginning till the Islamic period

If you want to learn about Iran's history or enjoy historical tourism in Iran, you need to start from the beginning. And by "at the start," I mean when humanity lived in caves.

The initial kingdom of Iran and the first dynasty are claimed to have belonged to Keyumars and are also referenced in the Avesta, the sacred book of Zoroastrians. His reign, of course, was during the early human age, when humans lived in caves.

Pre-Elamites are one of the first Iranian dynasties that we don’t know many details about them Iran's history, but it is said to have been around for 500 years and Susa was probably their capital.

For Iran's historical tourism enthusiasts, you can find the remains of this dynasty in the city of Susa in Khuzestan province.

This civilization is also said to be the continuation of Pre-Elamite civilizations that continued to be centralized in Susa and lasted for 2161 years.

The pre-Islamic kingdoms of Iran

In Iran's history, after ancient Iran, the kingdoms or monarchy began in the Iranian governments, which we will name in the following for historical tourism lovers.

The Medes ruled Iran by choosing the Hegmataneh as its capital. The Medes were an Iranian ethnic group, led by Diako. The Medes ruled in Iran for a long time, but there is no precise date of that in Iran's history books.

If you travel here, you can find the remains of the Medes dynasty in these places in your Iran historical tourism:

The glorious dynasty of Iran: The Achaemenids

With the defeat of the Medes, the great Cyrus ended this monarchy and established a new one known as the Achaemenid dynasty. At the time, the Achaemenids were the world's first civilized state. 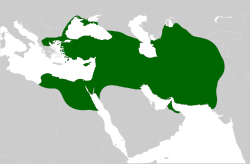 In your Iran historical tourism, you must visit these attractions that remain from The Achaemenids. Also, many of them are registered by UNESCO:

Seleucus, Alexander's successor, ascended to power following his death and created the Seleucid dynasty. The Seleucids were Greeks who introduced Greek culture and language into Iranian history. By the reign of Antiochus II, this rule had come to an end. 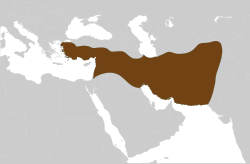 For visiting the remains of this empire in your Iran historical tourism, you can visit:

The Parthians were also the Greek civilization that formed after the Seleucids in Iran's history. This dynasty was formed with the Kingdom of the first Ashk, and Eventually, ended at the time of Ardavan V after 471 years. 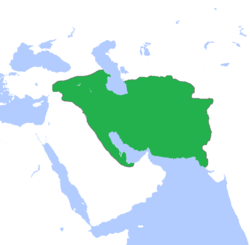 Ardeshir Babakan, after the Parthian rule, established the Sasanians dynasty and Ctesiphon, near Baghdad as their capital. Ardeshir declared Zoroastrianism the official religion of the country for the first time in Iran's history. 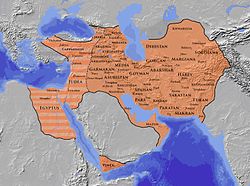 After the death of Ardashir Babakan, his son Shapur I, sitting on the imperial throne, is considered one of the great Sassanian kings. The Sassanid dynasty ended after the Arab invasion of Iran, during the reign of Yazdgerd III.

For visiting the remains of this dynasty, you can travel to these cities in your Iran historical tourism: