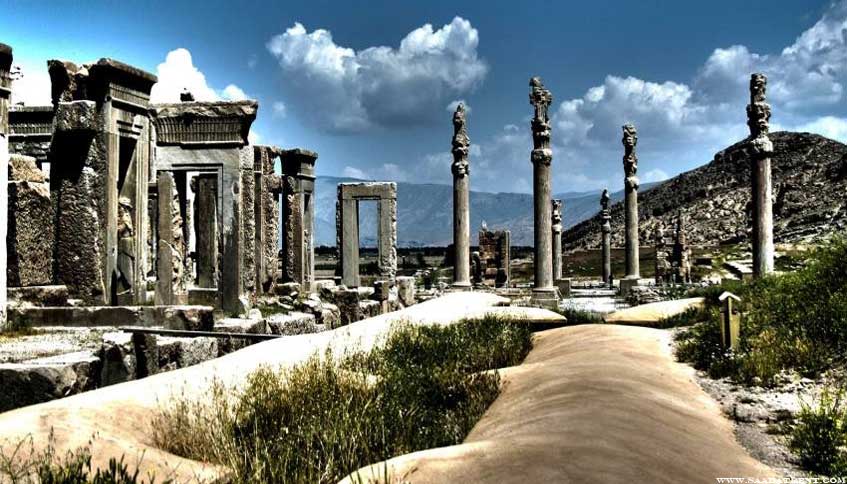 Persepolis In Persian they call it Takhte-Jamshid one of the ancient cities of Iran, which for many years has been the capital of the glorious kingdom of Iran during the Achaemenian Empire. Eskandar Maqduni was the Greek commander who attacked Persia and set it on fire Persepolis. But ruins of this place are still in Marvdasht near Shiraz, the capital of Fars province. Persepolis is now one of the world-renowned that has been registered at UNESCO.

To enjoy this fantastic tourist attraction, you can use a car rental shiraz with a tour guide

Persians in the sixth century BC under the leadership of Cyrus the Great and Darius succeeded in forming a global state spreading from the Danube River to the Aral Sea in Central Asia, from the Indian Ocean and the Send River to Libya and Abyssinia. In fact, at that time they ruled over half the world.

The construction of Persepolis was about 25 centuries ago on the western slopes of Mount Rahmat, in the sense of Mitra or Mehr, at the time of Darius the Great, and then continued by his successors with changes in its original structure.

Apadana Palace is one of the oldest palaces in Persepolis. The palace, built by the command of Darius the Great in Persepolis, was used to hold New Year celebrations (Nowruz) and to welcome the representatives of the kingdoms.

The palace is linked by a staircase in its southwestern part to the "Tachra Palace" or "Mirror Palace". The Apadana Palace of Persepolis is made up of 72 columns, of which there are now 14 columns.

Tachra means a winter house. The palace was also built under the command of Darius Kabir in Persepolis and was his exclusive palace. It's written on the inscriptions: I (Darius) made this Tachra." This palace is a museum of the line.

There are inscriptions from ancient Persia in this palace, so the sidelines above the columns are used from the Egyptian front view. The main part of the palace is built by Darius the Great and Ivan and the southern stone staircase by Xerxes Shah and the western stone staircase by Ardeshir II.

Another palace of Persepolis is Hadish. This palace, which is the private palace of Xerxes, is located on the highest part of the Persepolis.

The palace is linked to the Queen's Palace through two sets of stairs. A fire likely started from this place because of the hatred that the Athenians had for Xerxes because of Athens's burning down of her. The yellow color of the rocks indicates that the water inside the rocks is completely overheated due to heat.

This is a small place here, 6 * 6 columns. There is not much information about this palace of Persepolis because of the great devastation. Many have been referred to here as the mysterious palace. Hadish means a long place, and since Xerxes Shah, the name of his second wife, has his head, he will name his palace. This palace is located on the southernmost part of the story, with many parts of the floor of the mountain itself.

Another palace of Persepolis is the Queen's palace, built by Xerxes, and is comparable to other buildings at a lower altitude. Part of the palace was excavated and renovated in 1931 by renowned Orientalist Professor Ernest Emil Hertzfeld, and today it has been used as the museum and the central office of the Persepolis facility.

The Hundred column Palace is one of the palaces of Persepolis, with an area of 46,000 square meters and a ceiling of 100 columns, each 14 meters high.

Another palace of Persepolis is the Shura's palace. This is called the shura palace or the central hall. Probably the king is here to discuss with the elders. Due to the sculptures, one of the Shah's gates came in and came out of two other gates. Because of this, the Shura Council says here that there are two sides of the human pillar that are not elsewhere and that human beings are the symbol of thought.

Persepolis is full of wonders and the glorious culture of people whose even ruins today are after 2,500 years of admiration for every Iranian and foreign viewer.

Persepolis Museum is the oldest Iranian building used as a museum, including a porch, two galleries, and a hall. Some of the works featured in this museum include:

Achaemenid vertebrae in yellow, black, brown, and dark brown in different sizes, Jamshid floral embryos, cattle and ears, and paw and head of the lion from lapis lazuli, dagger, sword, bayonet, arrow, high pulley metal, Dishes, pots and stone masonry, part of burnished curtains of Persepolis, inscriptions of the Xerxes hermitage with translations into Persian and English, ornaments of gold and silver. museums are the most popular Iran attractions for tourists.

The Persepolis Museum opened on May 28, 2002, with the International Museum Day opening and opened to enthusiasts.