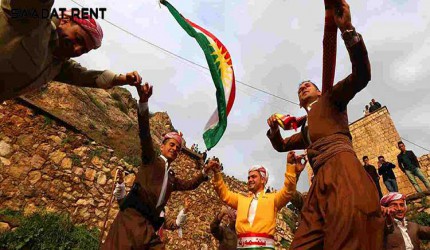 UNESCO cultural and spiritual heritage list is organized by UNESCO to better protect the world's cultural heritage and raise awareness about them. In short, the important parts that represent the expressive and spiritual legacy of different nations that express cultural diversity and creativity are the focus of UNESCO.

Intangible heritage or Iran's cultural and spiritual heritage in UNESCO is considered to be cultural and artistic works that Iran has recorded at UNESCO since 2006, recording its 13 iranian culture heritage by UNESCO, according to the Cultural Heritage Organization of Iran that have a very important effect on iran tourism.

Here in this article, we are going to read about the most important Iranian intangible heritage that is registered in the UNESCO world heritage site.

Nowruz is the first day of the Iranian solar year to celebrate the beginning of the new Iranian year and one of the oldest celebrations of ancient Iran. The origin of Nowruz is ancient Iran, and people of different regions of Iran's plateau are still celebrating Nowruz. The time of the Nowruz is at the beginning of the spring, which is now called the equinox of spring or akionous.

Nowruz is considered to be the beginning of the New Year in Iran and Afghanistan and is the official holiday in some other countries, Tajikistan, Russia, Kyrgyzstan, Kazakhstan, Syria, Iraq, Georgia, Azerbaijan, Albania, China, Turkey, Turkmenistan, India, Pakistan, and Uzbekistan. And the people of these countries will celebrate it.

The text approved by the General Assembly of the United Nations, Nowruz, on March 21, has been described as a celebration of Iranian origin, dating back more than 3,000 years, and today is celebrating by more than 300 million people, on February 21, 2010.

On March 27, 2010, the first-ever celebration of Nowruz was held in Tehran, and the city was known as the "Nowruz Secretariat". At this celebration, the leaders of the countries that celebrate Nowruz come together and celebrate this ancient tradition. Each year, one of these countries is host to the New Year's celebration.

Pahlevani and zoorkhaneh rituals, or ancient sport, are the name of a series of sporting movements that are related to them and their traditions and customs, which have been circulating in the historical and cultural reach of Iran since the past.

Pahlevani and zoorkhaneh rituals is another name for ancient Iranian sports. And also, Zurkhaneh is where these kinds of ancient sports played there.
The German Brockhaus Encyclopedia, based on research from the German Sports University in Cologne, introduces Pahlevani and zoorkhaneh rituals in his original book and special sports cover, the oldest sports bodybuilding in the world.

Many people believe that the men of zurkhaneh in ancient times taught warfare too and they say that ancient instruments and sports were very similar to the old-time warfare. They practiced with mace, wooden wicker and, a shield and a very heavy board known as the rock and the arc and other stuff of the zurkhaneh which grows their muscles.

One of the most famous and well-known Zoorkhaneh traditions is “Golrizan” ceremonies, In celebrations and birthdays of fourteen Imam’s of Shia Muslims and in some cases, in order to appreciate the efforts of the pioneers, and in the end, the two young people take the two sides of the long (a kind of fabric) and the people dash their money in it.

Taziyeh; the story of Karbala

Taziyeh, in the conventional sense, is a demonstration in which the event of Karbala is shown by those who carry each role of the main characters. This is a traditional Iranian-Shia demonstration about the killing of Imam Hussein ibn Ali and the afflictions of his family. The art of Taziyeh contributes to the growth of theater in Iran, and on the other hand, it is an art form of Shia religion.

Among the places that are considered in the implementation of Taziyeh in Iran can be referred to provinces of Isfahan, Markazi, Qom, Tehran, Qazvin, Alborz, Kerman, Yazd, Hamadan, Khuzestan, Fars, Zanjan, Khorasan-e Razavi and Semnan.

The date of the Genesis of Taziyeh is not found accurately. Some believe that this Iranian ritual has been attributed to pre-Islamic Iran to the history of Siavash-e Pahlavan's 3,000-year history of Iranian national stories, and it is believed to be the foundation of this formation.

Some scholars also revert to the rituals of the Passion of Mitra and Zariran, and some of its origins are influenced by the mythological elements of the Middle Ages, Anatolia, and Egypt, as well as those who believe the stories of Christ and other historical myths in Indian, European and Semitic cultures were effective in its creation, but it is widely believed that Taziyeh, apart from its similarities with the ritual mourning of the past, is a more developed and complex form of early simple mourning of the Shia for the incident of Karbala. .

Knowledge of making a Launch

The knowledge of making launches is knowledge for the construction of Iranian launches. These launches, used by the people of southern Iran and residents of the Persian Gulf for sea trips, trade, fishing, and pearl diving, are traditionally made by using hand and wood. Iranian seafarers construct these launches according to the position of the sun, moon, and star using a special formula for calculating latitude and longitude, as well as the depth of water and also weather forecasts. Making a launch has its own music and rhythms that are being sung by sailors of these hymns.

Today, due to the replacement of wooden launches with fiberglass boats, this culture and knowledge are gradually diminishing.
Bandar Abbas, Bandar Kang, Jask and Genaveh are among the most important locations of making launches in Iran that you can use car rental iran service to travel there.

Iranian Naghali or Iranian mythology is the oldest form of narration of myths in Iran and has long played a significant role in society. Naghal is an epic quoted commentary whose content is more about the story of the kings and heroes of Iran.

Naghal or the narrator writes poetry or prose with gestures, and sometimes with music, and describe the inscriptions and paintings. Naghal needs considerable talent to preserve poetry and texts, as well as improvisation and lecture skills. Naghal’s clothes is a simple dress and sometimes with an ancient hat or armor coat during the show to narrate the scenes of the battle.

The narrator is known as the guardian of folk culture, epic and ethnic stories, and folklore music in Iran. The creators used to perform in cafes and historic places like caravansaries. Today's fans of this dramatic Iranian art are gradually shrinking with the decline in cafes' popularity and the loss of caravansaries and the emergence of new forms of entertainment and lack of culture in Iran.

Traditional Iranian music, known as Iranian folk music, classical Iranian music, and instrumental music, includes instruments, songs, and poems, from the years before BC to the present day, It has been in the midst of the Iranian people, and what is more enjoyable, easier and more understandable is available today.

It affects a large part of Central Asia, Afghanistan, Pakistan, Azerbaijan, Armenia, Turkey, and Greece, and each has its own contribution to the formation of this music, from Musicians or, in other words, musicians in ancient Iran "Barbad" and "Nakisa" and "Ramtin" can be noted.

The music of Khorasan’s Bakhshi

The music of Khorasan’s Bakhshi, which include a collection of poetry, literature, mysticism, and ethics, was recorded as the UNESCO spiritual heritage on the 22 of June 2011. “Bakhshi” is a nickname given to some Dutar player musicians in the north of Khorasan and Turkmen Sahra. Bakhshi people are Dutar player musicians, vocalists, storytellers, songwriters, and composers.

Bakhshi people of Khorasan live in the northern parts of this province and their main occupation is agriculture is among the most original dutar player of the world, who narrate the stories to the people orally. The main centers of the sections are Quchan, Bojnurd, and Shirvan.

The traditional and religious ceremony of Carpet washing in the Fin of Kashan and the village of Ardehal, which is held every year on the second Friday in Mehr in this city. This ceremony is the only religious ritual of Islam that is held according to the solar calendar. many of people take an iran tour to only visit this ceremony in Kashan.

At this ceremony, the participants who came from Fin to hold this ceremony, while holding their wickers, will sprinkle the carpet as a symbol of washing the blood of Imam Ali ibn Muhammad Baqer. Some scholars and writers rooted in the history of carpet washing ceremony in the celebration of Mehregan and ancient Persian rituals.

What are top UNESCO world heritage sites in Iran?

All about Iranian ceremonies and festivals Iranian culture is one of the thousands of reasons that...

Most famous churches in Iran Since Parthians, Christianity and the invitation to this heavenly reli...