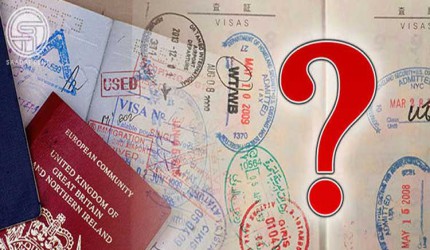 Iran stops stamping passports Nearly 5 million foreign tourists travel to iran every year. We should mention that a lar...

Nearly 5 million foreign tourists travel to iran every year. We should mention that a large share of this number belongs to European tourists.

After the United States starts imposing new sanctions on Iran, many foreign tourists were worried that traveling to iran and their entry into Iran would be problematic. Tourists from many countries especially European countries were afraid to get iran visa and come to Iran because they were threatened by the United States that if they travel to iran, they cannot get a US visa.

This issue could have affected iran tourism. As a result, tourism officials had been instructed to hold joint meetings with the police and the Ministry of Foreign Affairs about iran visa and other issues to track the non-inclusion of stamps and passports on foreign tourists’ passports. In this case, their passport is clean from the name of Iran!

Now, this issue has become operational, and iran stops stamping tourist’s passport especially European travelers which travel to iran by themselves or take iran tours when they enter or exit Iran. This policy is a new decision that Iran has taken to increase its incoming tourists and in some way counter US sanctions.

Accordingly, tourists who receive their electronic iran visa, when they are coming to Iran, can ask to not stamp their passport when they enter Iran. Currently, this procedure is being implemented at Imam Khomeini International Airport (IKA) in Tehran.

Iran is issuing an electronic iran visa for 110 foreign countries in the world and also in its international airports for foreigners which are known as visa without stamps and stickers. An electronic visa means stickers are not installed in the passport, and the stamp of entry and exit will not be recorded in the passport. Also, the cost and duration of its validity are similar to normal iran visa.

Everything about iran currency

Get a visa for iran

Hyrcanian forests are an international natural heritage now! It's true that we have seen dinosaurs...