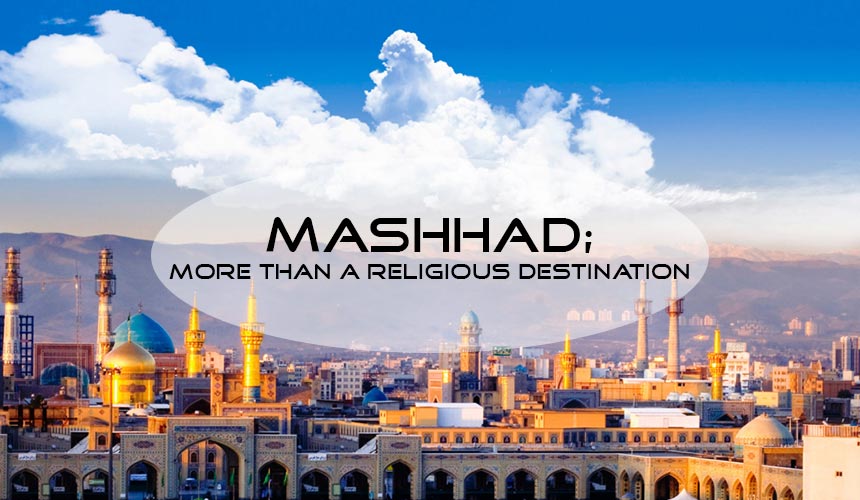 Mashhad; more than the holy city of Iran

Mashhad; is more than a religious city

Mashhad is one of the cities of Iran that everyone knows it with the name of the shrine of Imam Reza and the collections that are located around it. that is why Mashhad is named the holy city of Iran.
But Mashhad is the house of the greatest poet of all the time and also one of the most powerful and bravest kings of Iran. Mashhad is where you can find the tomb of Ferdowsi, the author of Shahnameh.
Mashhad has diverse historical, recreational, and cultural complexes and can be an interesting city for tourists in addition to their tour and with all of this is an important city in Iran tourism. 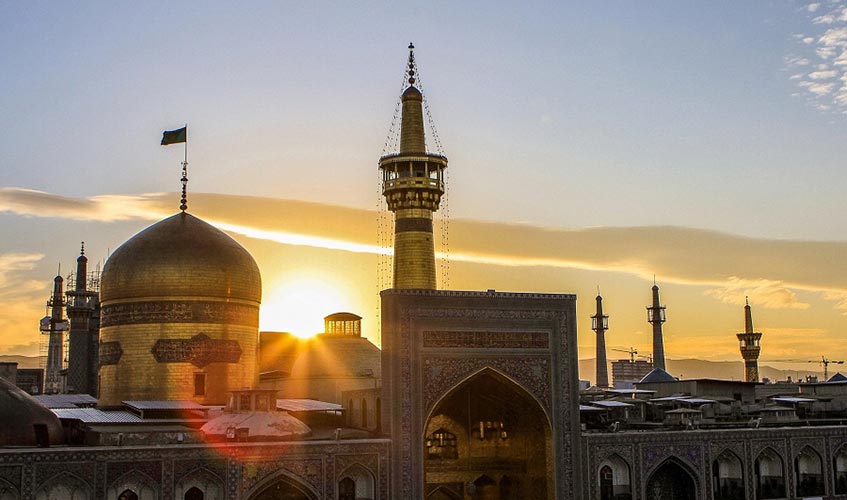 Stay with us to introduce you most important Mashhad attractions that you can visit on tours by a Travel agency in Iran or if you want to travel solo here.

The shrine of Imam Reza

The shrine of Imam Reza in the city center of Mashhad and its most outstanding monuments are the Bala Sar mosque and Goharshad mosque.

The shrine of Imam Reza is a collection with the center of the tomb of the eighth Imam of the Shia Muslims, which includes mosques, shrines, porches, courtyards, libraries, and museums. here are the most important Mashhad attractions.

Ferdowsi tomb is located 20 km north of Mashhad, in the Tous area and the green and beautiful garden. 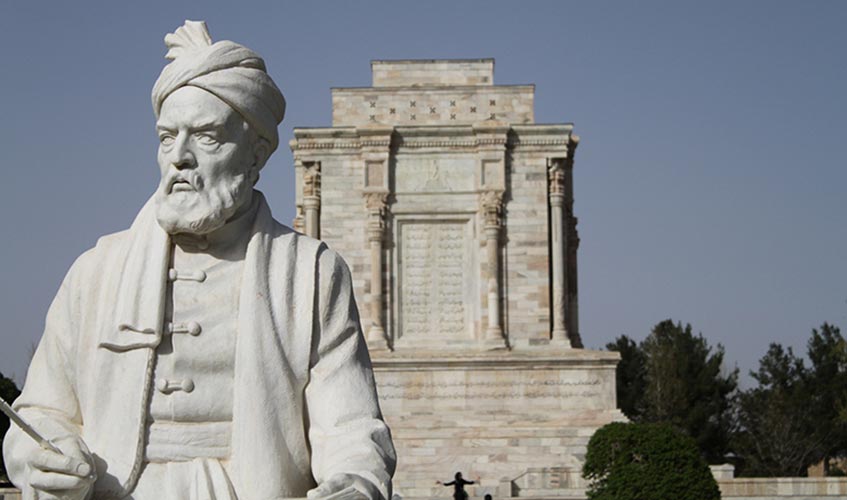 The tomb is inspired by the architecture of the Achaemenid period, also the museum and library of the Tous are from the sights of this collection, which is visited annually by one million lovers of Shahnameh's creator and is one of the must-see places in Iran tourism.

Mahdi Qoli Beyk Bath (one of the Timurid emirs), also known as the Shah Bath and Razavi Bath, is a collection of different parts like old baths and wardrobes, a garage, and an awning booth.

The park is a combination of water, rock and greenery, and light. The building of the great Khorasan Museum, with a pattern from the architecture of the Kalat Naderi Palace, gives a beautiful effect to the collection. here are amusing Mashhad attractions.

The tomb of Nader Shah

Another valuable monument in this city is the tomb of Nader Shah Afshar, which is located in the list of Mashhad attractions as a memorial to the past of Iran. 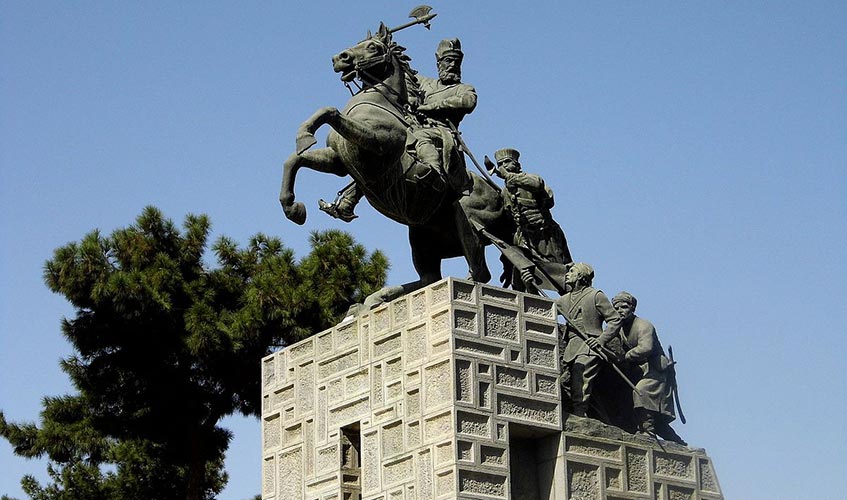 Nader Shah when was alive ordered that a small tomb be built on Mashhad Street with special Iranian architecture. In the late Qajar, Qavam al-Saltanah built a new tomb in the place of the ruined monasteries and transferred his bones there.

The Naderi museum includes the weapons of the Nader Shah, the tomb of Nader, and the tomb of Mohammad Taghi Khan, commander-in-chief of Khorasan.

If you want to spend your day in a pleasant weather area, it's somewhere with pine and plantain trees and a river that flows in some seasons like spring and summer, with cool water, along with swimming pools and positions and heights that can be fatigued under the shade of trees, we suggest you Vakil Abad forest park.

Vakil Abad Forest Park is one of the oldest parks in Mashhad, which has a large paradise park named Parke Shadi Mountains and is the only zoo in Mashhad with all kinds of aquatic animals, reptiles, and birds. There is also a botanical garden, a restaurant, and a cafe, and everything is available for tourists.

Reza Bazaar is one of the most famous Mashhad attractions. everybody travels to Mashhad and may go to this big bazaar.

This traditional market in Mashhad, besides its beautiful and traditional Iranian architecture, is one of the oldest souvenir supply centers in Mashhad. It is a great place to buy Iranian souvenirs on your trip to this city.

One of the historical buildings in Mashhad is the historical house of Malek. This is one of the examples of beautiful houses left over from the era of architecture transition in the late Qajar era.

In the past, this monument was very extensive, but now only the outer part of it has been left, which consists of two floors. The upper floor has a lattice and carved wooden ceiling and a beautifully crafted fireplace. House of Malek is today the center for traditional cultural heritage and Iran tourism.

Moghan Cave has located 35 km from Mashhad and south of Moghan village. The cave has two spans, and inside it, there are stalagmites and stalactites, and several wells.

There is also an abyss and blue pond within it. You must have a guide to enter this cave, otherwise, it will be dangerous.

One of its most popular destinations in Mashhad is Torqabeh, only 18 km away from Mashhad. Some of the reasons for this popularity are subtle weather, rivers, diverse restaurants, souvenir shops, fruit gardens, recreational and historical sites such as the Chalidareh Dam, Golestan Dam, Daghestan Valley, and the Dehbar river, which is considered the heart of this region. 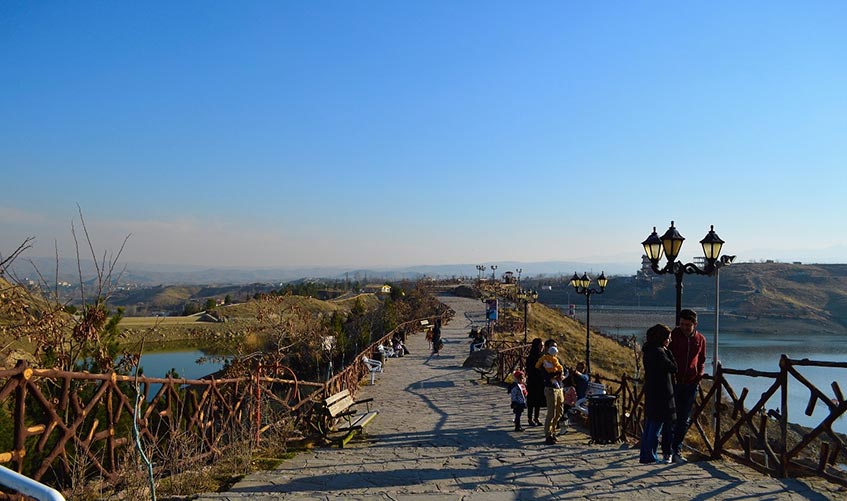 The first half of the year is a better time to go to torqabeh, it has beautiful autumn, but it is one of the coldest places around Mashhad in the winter.

If you go to the village of Torqabeh, do not forget to visit the Chalidareh Dam. Chalidareh is one of the Torqabeh subterranean valleys, which provides for the possibility of sailboat and fishing for tourists. There are several restaurants around the dam.