The most notable achievement of the Saadat Rent Tehran car rental office is receiving five-star ratings from TripAdvisor and Google Reviews for multiple years in a row.
When compared to other international car rental companies in Iran, Istanbul, and Dubai, Saadatrent Automobile Rental has provided Iranians with the option to rent the automobile or van of their choice at the best price and terms.
You can use a van rental in Isfahan without a driver. For renting a van in Isfahan, you can connect with us on Whatsapp. Remember that you may hire a car under the finest of circumstances at Isfahan airports. 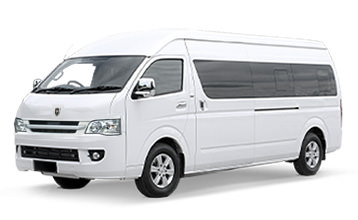 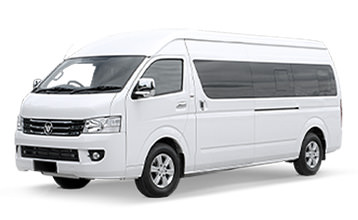 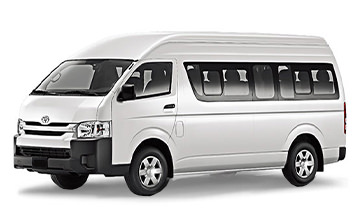 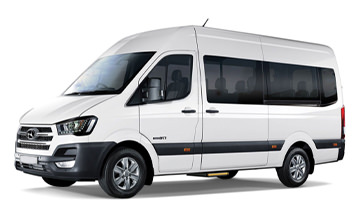 The minimum rental time is 10 hours for city travels, and it is computed per kilometer or per day for routes outside of the city.
No, while using a service with a driver, the passenger is not in charge of the vehicle.
There is no time restriction; you may book the automobile of your choice even a year in advance.
Your reservation will be confirmed when our specialists have confirmed it, sent you a proforma invoice, and received the appropriate amount of passengers on your urban or suburban travel itinerary through WhatsApp.
When traveling long distances or in suburbs, the driver's lodging and meals are either paid for by the passenger or separately from them.
One of the requirements for hiring a van is the payment of a reservation deposit together with a copy of your ID card and a statement of the number of passengers.

RENT A VAN IN ISFAHAN

Isfahan van rental without a driver

Getting a driver for an Isfahan van rental

Attractions in the city of Isfahan

If you intend to visit Isfahan, vehicle rental is one of the services you'll need. In Iran's most well-known tourist destination, Saadatrent is here for you with van rental Isfahan. Isfahan is the Iranian city with the most tourists. It would thus be advantageous if you visited there while in Iran. If you're planning to travel to this city, van hire in Isfahan will be of the highest help. The greatest vehicle rental deals and round-the-clock help are available in Isfahan. To move around the Isfahan airport or just to drive about the city, you can use a rental van.

Saadatrent offers its customers the best van rental services in Isfahan. As a result, tourists may see all of Isfahan's noteworthy locations and enjoy a great trip to Iran, particularly in Isfahan. Isfahan is a large city with several districts and has a lot to offer visitors. Isfahan van rentals are the best mode of transportation for exploring the city.
In Isfahan, Saadatrent is able to offer its devoted customers a choice of van rental alternatives, including van rentals without a driver and brand-new economy cars that you can purchase right away and start your trip in Iran. However, Saadat Rent also provides a wide range of additional services.

Rental vans in Isfahan come with just a driver. You are now in charge of paying for the driver's lodging and meals. In Isfahan, a vehicle may be rented for no less than five hours. You must pay for 5 hours even if you utilize less time in the van.

Some folks prefer to navigate the city on their own. They have a thorough understanding of the attractions of Isfahan, so they don't mind not knowing exactly where they are going. You can stop whenever you want to for pictures, food, or just to soak in the surroundings when you rent a van without a driver.

I suppose that privacy is the main advantage of self-driving van rentals in Isfahan. Most people appreciate the seclusion provided by chauffeur-free van rentals.

On the other hand, some individuals prefer to have a driver who can show them about the city and has extensive local knowledge. They dislike getting tired while driving, and they can even be driving without a license. Additionally, when you rent a van with a driver, you no longer need to worry about getting traffic citations or finding parking spaces because the driver takes vane of everything.

You also don't need to pay a deposit when you rent a van with a driver. Because, as I've already stated, the driver, not you, is held accountable for the vehicle.

Isfahan is a city best explored by renting a van.

Fortunately, Isfahan offers a ton of sights to see both inside and outside the city limits, so you can use your rental van to see the best of Isfahan!

In Isfahan, there are thousands more attractions. Only a few are mentioned in this article. The sights in Isfahan require a book.