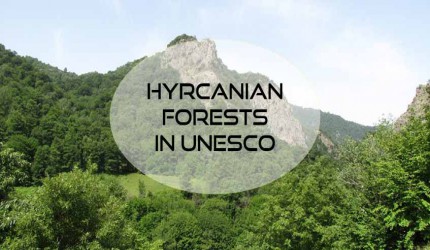 Hyrcanian forests are an international natural heritage now! It's true that we have seen dinosaurs only in films, but i...

It's true that we have seen dinosaurs only in films, but if you are in Iran, you can use the car rental in iran services and drive for few hours and arrive in forests that are the same age as dinosaurs. You must have gone to some forests before, but how many of them belong to the third period of geology?

The Hyrcanian forests, which are like the green ribbon on the bottom of the Caspian Sea, are among the most valuable forests in the world. And now the waiting is over and the Caspian Hyrcanian mixed forests are finally registered at the UNESCO World Heritage site. On the 43rd UNESCO Committee held in Baku on Friday, July 5, Hyrcanian forests of Iran were registered as the natural heritage of the world. After Lut desert, these forests are the second natural heritage in Iran that have been registered as an international heritage.

Why Hyrcanian forests are registered in UNESCO World Heritage Site?

Maybe this is a question for you too that why the Hyrcanian forests are at the forefront of the world and also have an important place in iran tourism. I can easily write rows for you and tell you why. From the antiquity of these trees, so that their unique features attract everyone's attention. Hyrcanian trees are so old as some have attributed to the time of the dinosaurs and the third period of geology.

The importance of Hyrcanian forests

The importance of Hyrcanian forests is not just because of their age, but these forests, in addition to supplying oxygen, play a very important role in saving large amounts of water, protecting soil texture and preventing flooding. Hyrcanian forests have been survived for a long time in temperate climates of the South of Caspian Sea and have been a haven for many animals. These forests are like a home for a large variety of plants and animal crops that have been living in this area for many years.

Where are the Hyrcanian forests?

From the Hyrcanian area in the Republic of Azerbaijan to the near Astara, there are some of the old and temperate forests in the temperate climate of the area. These 40-million-year-old forests are a kind of Jurassic Park itself. but where are the Hyrcanian forests in Iran that are recorded in UNESCO?

If we want to answer this question according to forest geography, the Caspian forests of northern Iran are generally considered as green summer forests or deciduous broadleaved forests and Mediterranean forests that are known as Hyrcanian forests. Caspian forests appear as a narrow strip on the northern slopes of the Alborz mountains.

These trees were not able to live in different parts of Europe and Siberia; on the contrary, the Caspian Sea border was the best place to live for them. The weather in this part of Iran is moderate, and the Hyrcanian trees continued to live for thousands of years to this day, cultivating a variety of plant and animal species. Currently, there are 150 species of endemic trees and shoots in the Hyrcanian forest, including Buxus hyrcana and Parrotia persica.