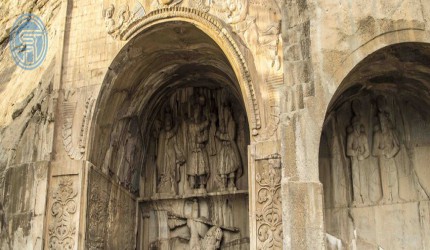 Kermanshah; the historical city of Iran

Where is Kermanshah? Kermanshah is one of the oldest cities in Iran, and in ancient times it was known as Elipi, Kanbad...

Kermanshah is one of the oldest cities in Iran, and in ancient times it was known as Elipi, Kanbadin and Qarmishin, and later it became known as Kermanshahan and Kermanshah.

In the province of Kermanshah, about 4,000 historical works have been identified, only 700 of which have been recorded for national monuments. One way to reach Kermanshah province is Hamedan Highway to Kermanshah, and car rental Iran makes most of tourist enter this province.

The temple is in the center of the city of Kangavar. Some of this building is considered to be the temple of Anahita Goddess. Some see it as a semi-complete palace from the Sassanid period. However, Temple of Anahita is one of the attractions in Kermanshah.

Historical complex of Bisotun is located 30 km northeast of Kermanshah city, southwest of Bisotun city and at the foot of this mountain on the Hamedan route to Kermanshah.

The sacredness of Mount Bisotun, the favorable climate conditions, and the presence of important roads, including the Silk Road, have led many kings and rulers to the area to pay attention to the unique monuments and memorials in the heart of the mountain.

In the historic site of Bisotun, there is another prominent feature known as the Hercules statue. This effect is due to the Parthian period

The Sarab Sahneh is located in the northern part of the city and is considered one of the good weather conditions in the city. The beautiful waterfalls, spectacular nature and great weather in the area have made many travelers and tourists the place to travel. In Darband Sahneh, there are beautiful gardens covered with lush green trees, which is probably the promenade of many kings of various periods.

Certainly, addressing about 4,000 historical and natural works is not included in the short article. A province with dozens of small mirages and caves, with hundreds of lesser-known historical works, needs the most detailed introduction. The purpose of the reminder is a corner of the glory and beauty of this land.