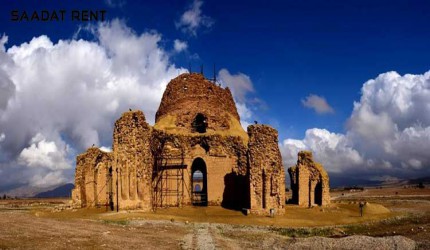 Importance of registering historical monuments in UNESCO Museums and cultural and historical attractions are not only s...

Museums and cultural and historical attractions are not only suitable for visiting as iran tourism places and spending leisure time and education, Instead, such places are a good place to protect unique artistic works, documents, scientific and cultural objects, including the ones that survived from the time of our predecessors and their ancestors and are available for us today and we should take care of them.

Why should we protect historical monuments?

In archeology, to preserve such valuable cultural influences, the methods used in conservation science are used to protect it from the risk of destruction, robbery and even demolition. Also, the knowledge of protection will be used to repair damaged objects and will re-open the objects and architectural works to the earliest possible extent, and may be effective in prolonging the life of such exquisite works.
How to preserve historical identity in modern cities or developing cities is a concern that exists not only in Iran but also in other countries. In all the rapidly developing cities, the biggest concern is in preserving the historical attractions of cities, so we need to balance the two issues of having a modern city and preserving historical monuments.

Gonbad-e Soltaniyeh was registered as a unesco world heritage site in 2005.

UNESCO and Preservation of the World heritage

One of the best ways that any country can protect its historical, natural and cultural heritage globally from destruction and distortion is to attempt to record these attractions in UNESCO world heritage site. In this regard, according to a resolution passed on November 12, 2002, the United Nations General Assembly proclaimed 2002 as the united nations year of cultural heritage. Indeed, this resolution invites UNESCO to serve as an ambassador for the celebration.

Also, at the UNESCO General Conference, this resolution was established after the demolition of a historical monument, especially in Bamiyan. Also, 2002 will mark the thirtieth anniversary of the adoption of the Convention for the Protection of the World Cultural and Natural Heritage.

UNESCO world heritage site is responsible for protectiong historical, natural and cultural monuments from around the world.

All these resolutions and conferences demonstrate the importance of preserving these historical monuments for the future and as the identity of the people of each country. As UNESCO is trying to preserve the historical, natural, and cultural monuments of humanity that are of universal significance and belong to all human beings on earth, regardless of race, religion or nationality. Under the convention, UNESCO can Historic, natural and cultural monuments of the country are candidates for registration as a global heritage.

Is it enough to register a historical monument at UNESCO?

In summer, Nowroz Holidays and other holidays, historical monuments, museums, etc., are usually the most visited places in the cities, so the awareness of tourists and visitors about how to protect these valuable objects is a necessity. but there are still some concerns about the cultural heritage and its registration at UNESCO. In recent years, some of the iranian culture has been recorded in the name of other countries in UNESCO and this may be repeated for other Persian heritage. The permanent pursuit of the registration of Iran's cultural heritage can reduce the concerns of the people in this regard.

Persepolis in Fars province in the most famous historical monument in Iran.

However, preserving and safeguarding these historical monuments is a must, apart from recording cultural heritage in international organizations such as UNESCO. Because in this area, irrespective of the livelihood of many people, these attractions provide an opportunity to increase the awareness and knowledge of the present generation from the history of the past.

The Benefits of registration in the UNESCO World Heritage site

Registering historic sites in the World Heritage List have various benefits. These benefits can be broadly based on the promotion and improvement of the eight groups of "scientific and practical participation", "social capital", "national honor", "grants and chartered loans", "conservation of monuments", "training", "rehabilitation" And “modifying existing conditions" and" tourism ". In this regard, awareness raising and information to the international community will increase the activity of tourism, attracting financial resources and boosting the local economy and the general public.

Takht-e Soleyman in one of the mysterios attractions that is registered in UNESCO world heritage site in 2003.

In addition, international assistance for Convention countries can attract scientific cooperation from other States Parties to the Convention in areas of similar experiences, use of the technical expertise of the Committee and its advisory boards, the deployment of experts to the premises, the provision of non-essential equipment Provision for low-interest, long-term loans and grants to selected countries from the International Monetary Fund's International Herald Tribunal for $ 4 million, which is funded by the right to participate and voluntary contributions. This process also brings special attention to the local and national people and media, which will bring special results, especially in the field of monitoring and control of the general public by local experts and people.

Registering an attraction on the World Heritage List, in addition to preserving its values and introducing it to the world as the main goal, is a kind of advertising for the destination, through which the activities of tourism in the area also increase. When tourism activities are well planned and organized, they can bring significant funding for the area as well as for the local economy. By overflowing tourists to visit a monument that records as a global heritage, the destination infrastructure can also be improved in terms of accommodation, catering, communication and road, and land or air transportation, and small and large local businesses associated with tourism services to this An intermediary will be formed and increase employment.

In this way, it would be hoped that by distributing income, improving the quality of life in the destination will be possible in the economic and health aspects. On the other hand, with the participation of the local community and their empowerment through training in the process of the tourism supply system, care and maintenance of the works are also well implemented.

So far 23 historical monuments from Iran have been registered in the UNESCO World list. Of these, 22 are cultural heritage, and only one of them is a natural heritage. Maybe you're wondering and why some of the works are on the list and why it is worth considering being listed.

The places and phenomena that are on the UNESCO World Heritage List are, according to the Convention for the Protection of the World, Natural, and Cultural Heritage, to all peoples of the planet for all ages and periods, and this is why it is considered worthwhile. The routine of the work is that the applicant countries form a case and send the organization to the organization from a phenomenon that is qualified according to UNESCO definitions and frameworks for registration in the World Heritage List. UNESCO experts vote on the UNESCO World Heritage List after scrutinizing and reviewing the phenomenon. Iran's contribution to this list is 23. Come along with us to familiarize yourself with these 23 attractions that you can visit in yout iran tour:

Read more about Iran attractions that listed in UNESCO:

What are top UNESCO world heritage sites in Iran?

Packing list for a camping For all people who love nature and want to experience camping overnight,...