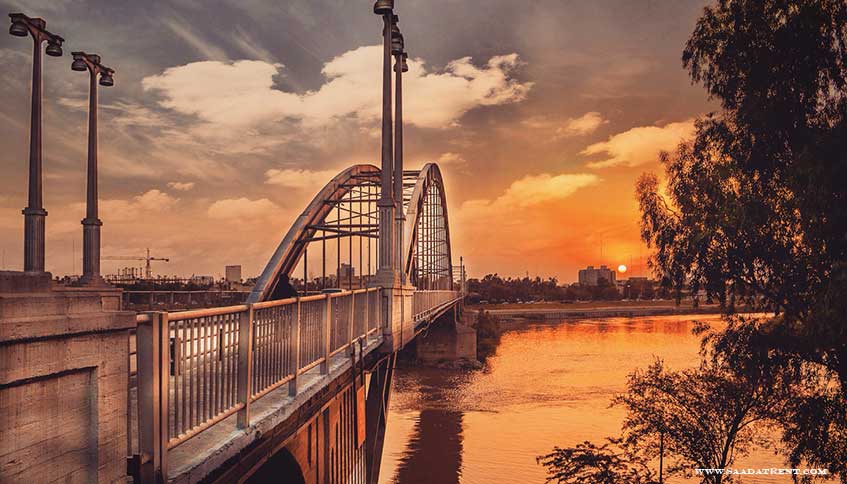 Chehel Sotoun palace was chosen as the official venue for regular political ceremonies and reception from other kings and officials.

Isfahan is the city of paintings and colored portraits and presents its guests with a feast of design, color, art, architecture, and history. Among all this beauty and splendor, Chehel Sotoun palace is famous for its paintings and spectacular mirrors, and at those times, has been the host of important people from around the world.

This palace was chosen as the official venue for regular political ceremonies and reception from other kings and officials. Today, a part of the palace is dedicated to preserving and displaying works of the Isfahan city and its old photographs, known as the Chehel Sotoun Museum. This beautiful mansion is made up of different parts and attracts lots of tourists every year to visit Iran.

Why is this building named Chehel Sotoun?

everyone who takes Iran tour and visits this mansion will ask, why despite having twenty pillars, they all call this Palace Chehel Sotoun, which means 40 columns. Most likely, you guessed the answer, they call it by this name because of the reflection of the twenty pillars of the main porch in the large mansion's pool, so there will be 20 main pillars and 20 other pillars that are shown in pools water and the sum of these two numbers is 40.

Of course, another reason for this is the role of the number 40 in Persian literature, which indicates that it is large and plentiful, such as another Persian phrase that includes this issue.

Chehel Sotoun garden has three entrances, located on the east side of it. By entering the garden from its main entrance, after a short distance, there will be a large pool in front of the mansion and then the main building. The main axis of the garden shows the direction of movement with the help of trees on both sides towards the main palace. This garden has a very small slope that helps to flow into the stream.

40 pillar palace is separated by walls from their surroundings in the city, and today its connection with other urban elements is very limited. The connection between the major urban elements of Naqsh-e Jahan square or other public historical buildings, which is a symbol of the urban structure; this inner connection was created with the help of intermediate indoor interiors such as entrances and attachments.

Chehel Sotoun Museum is also named after this palace, is famous among the people. This museum is a place to preserve the collection of works of Chehel Sotoun Palace and other objects, books, and manuscripts from Isfahan. These collections are a unique example of Iranian art.

Isfahan Chehel Sotoun Palace is an example of a royal garden from the Safavid period. By the year 1327, due to the lack of precise history, it was difficult to comment on the history of the Chehel Sotoun construction. But in the same year, as a result of the excavations, on the front of the courtyard, a poem was found in two inscriptions below the plasters, the shorter one on the background of the caricature, attributed the construction of its Hall to Shah Abbas II, while the other one that its lines are on the blue background, shows the building repair on the time of Shah Sultan Hussein.

One of Shah Abbas I plans, after choosing the city of Isfahan as the capital, was the construction of beautiful and long Chahar bagh Street and numerous gardens around it. The successor of the gardens, which is reminiscent of the concept of the Garden in the Garden, was the principles of the Isfahan like other gardens. Today, except for Behesht Garden and Chehel Sotoun Garden, other ones have disappeared and only their names remain.

Inside Chehel Sotoun palace, Shah Abbas designed a cape craft building with small rooms around it, which is considered as the core of the garden. This courtyard was used to receive guests from the king's court at celebrations.

Since then, after the reign of King Abbas II, the seventh king of Safavid, the Chehel Sotoun mansion has been enlarged and has added forums and porches. These include the Mirror Hall, the Eighteenth Column Hall, the two large rooms of the North and the South, the porches on the sides of the King's Hall, and the Great Basin in front of the Hall with all the decorations of painting, mirroring, tiling of the walls and ceilings.

The spacious courtyards of the palace during the second time of Shah Abbas have also been the venue for public lodges and formal reception lodges. The palace opened with the presence of Shah Abbas II and foreign ambassadors.

The architecture of this palace is a combination of Chinese, Iranian, and European art and architecture. It consists of the main porch that is built east-facing. The octagonal pillars of this porch are made from Smooth wood and pine and the four middle columns are located on four stone lions.

The ivory of the Chehel Sotuon palace is composed of two parts: a section with 18 wooden columns and 4 pillars in the middle are placed on 4 stone limes and their carvings are in such a way that two lions are shown to one human head. From the mouth of these four water lilies and erupted into the marble dock of the hall.

The other part, which is slightly higher, forms the entrance to the hall and is called the mirror hall. It is surrounded by two pillars and is adorned with a wide and proliferative mirror work in which little glittering mirrors are used beside big and long mirrors.

The roof hall is made of wooden frames and in various geometric shapes. The image of the marble hollow in the middle of the porch is visible in the ceiling decoration. This mirroring is very similar to Ālī Qāpū.

The central hall of the palace, which was dedicated to foreign guests from other countries, contains paintings that present the historical events of different periods. This magnificent hall, which is based on a dome, with colorful paintings and golden and transparent designs.

Some of these paintings were painted in the Qajar era, are descriptions of the acceptance of Shah Abbas I and II, and Tahmasp I from kings of Turkestan and India, as well as the war of Shah Ismail I with Uzbeks. Two other images, one opposite to the entrance to the hall and the other to it, show the Chaldoran War during the time of Shah Ismail I and the Karnal War in the era of Nader Shah Afshar.

Tahmasb I at the reception of Homayoun, King of India

Shah Ismail I in the Chaldoran War

Best time to visit: Spring, Summer, and the first month of Autumn