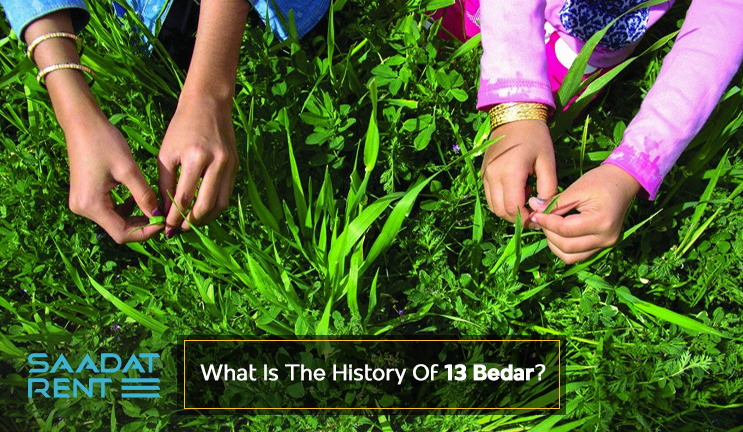 What is the history of 13 Bedar?

Iranian people have some history of Nowruz. They have one day that is called 13 Bedar. This day is one of the important days for the Iranian people.

After 12 days of Nowruz, the next day is 13 Bedar all Iranian people hang out with their farm families on this day. In mid-April, it is time for the last celebration of the beginning of spring. The 13th of Bedar is a time that is known today as Nature Day and is a derivative of the ancient traditions of Iran. 13 Bedar is always reminiscent of crowded family gatherings.

What day is Sizdeh Bedar?

The 13th of Bedar is the 13th day of Farvardin and is one of the Nowruz celebrations. In the official calendars of Iran, this day (13th of Bedar) is named Nature Day and is an official holiday. After thirteen, the Nowruz celebrations end. Sizdeh Bedar has a long history in the culture of Iran and is considered one of the most ancient Iranian festivals. 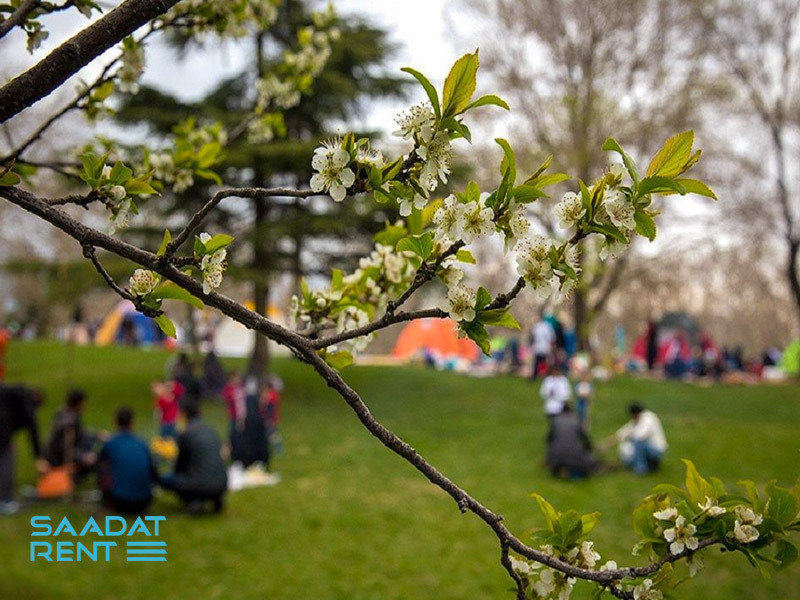 What is the symbol of 13 Bedar?

Sizdeh Bedar is also known as "Nature Day" and in the past, on the Sizdeh Bedar, the elders reminded the value of nature to themselves and others by planting their greens in the plains and green spaces. The Sizdeh Bedar was a symbol of nature protection and the ancient Iranians worshiped nature as a symbol of blessing and prosperity. On this day, all the people go out of their houses and enjoy the last day of Nowruz. 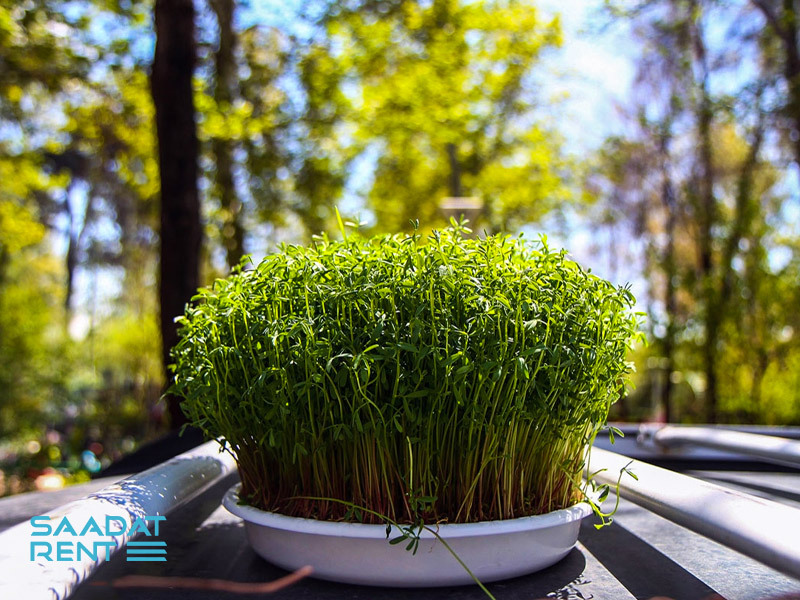 The thirteenth day of each month in the table of thirty days of ancient Iran is related to the angel Tir or Tishter, who is the star of rain, and it is a very blessed day. In the beliefs of the people of ancient Iran, the Sizdeh Bedar was not at all unlucky. But some other people think that this day is not good at all.

The number thirteen in Western culture is equal to bad luck, and having thirteen guests for dinner, the thirteenth floor in buildings, shopping, and marriage on the thirteenth day is considered abominable. On the other hand, in the old history of Iran, on the night of the 12th of Farvardin, the king was given a drink and Haman signed the death sentence and all the drugs and his entourage. The sentence was carried out on the morning of April 4, and 77,000 Iranians are massacred because 13 is unfortunate. 13 Bedar goes out of the house because they are afraid of being killed again in their own house. In ancient legends, the misfortune of the thirteenth day is mentioned and the people of ancient Iran believed that by spending the thirteenth day of spring in nature, we will unravel it; But the root of the word "door" in the 13th of Bedar comes from the plain and the valley, and 13th of Bedar means to spend the thirteenth day in the plain. 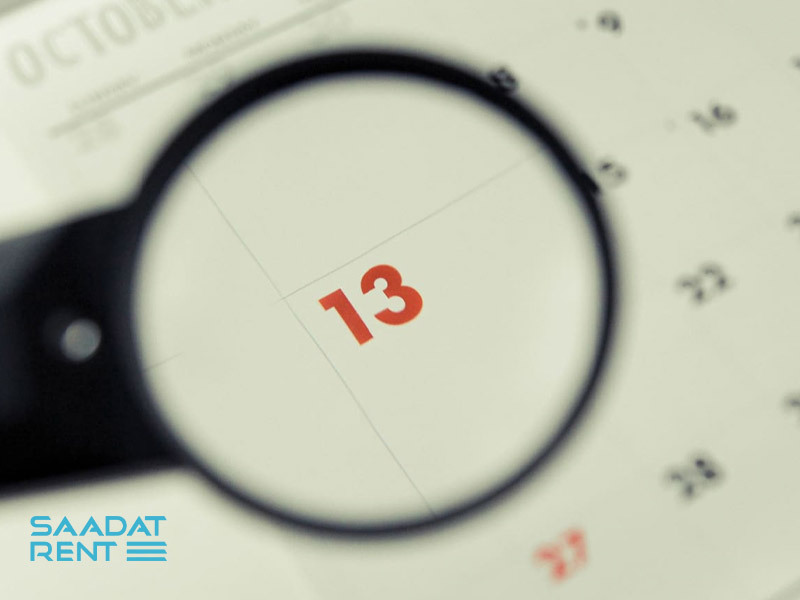 In the past, it was customary for twelve columns of twelve types of grain to grow for twelve months of the year. At the end of the thirteenth day of Nowruz, they would put the greens by the streams or throw them into the running water. Some believe that giving herbs to water washes away old memories of the previous year, or that by doing so, spring herbs are transported across the earth by the river, and freshness is returned to the earth. 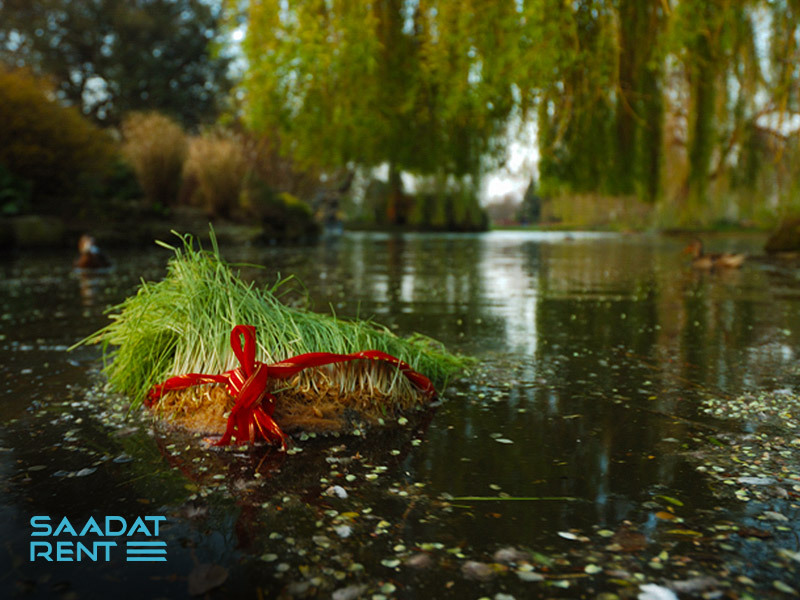 On the 13th of Farvardin, all Iranians give up their daily work and after picking up food, fruit, and snacks that they had prepared for their day trip the night before, they went to the plains, deserts, and gardens and spent the day this way. 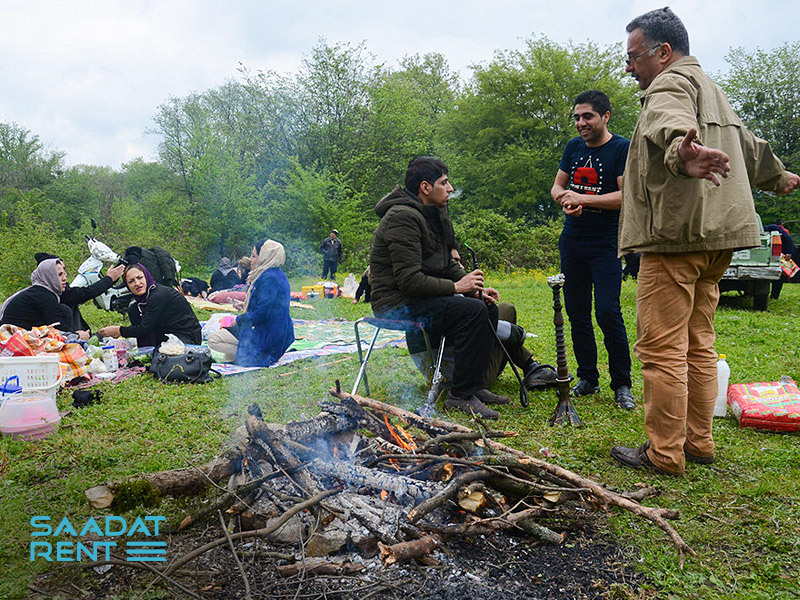 Another custom of the 13th of Bedar is to tie a green knot to fulfill wishes. 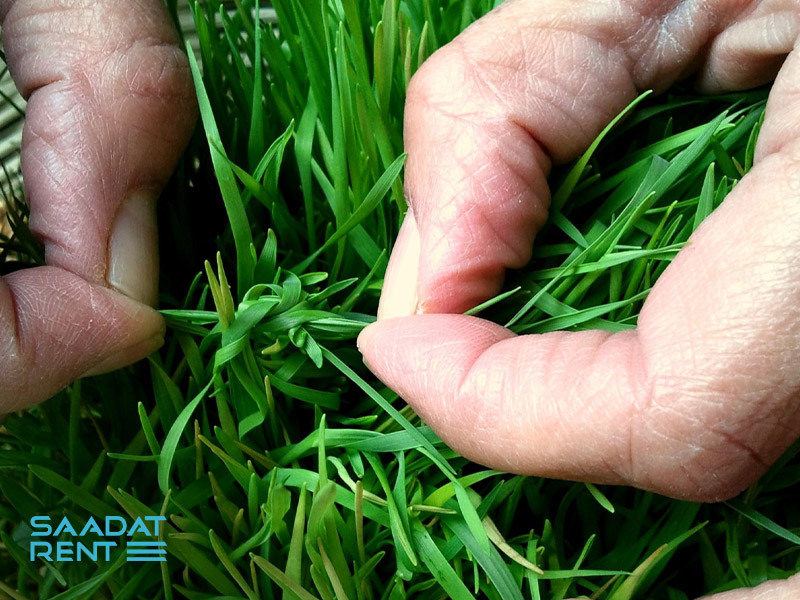 According to some, the misfortune of the thirteenth day of the New Year will be removed if everyone throws thirteen pebbles behind his back and asks his Lord to remove the plague from him and his loved ones in the New Year. This custom is mostly practiced in the Kurdish regions of the country. The people of Qazvin also throw stones into springs and streams. 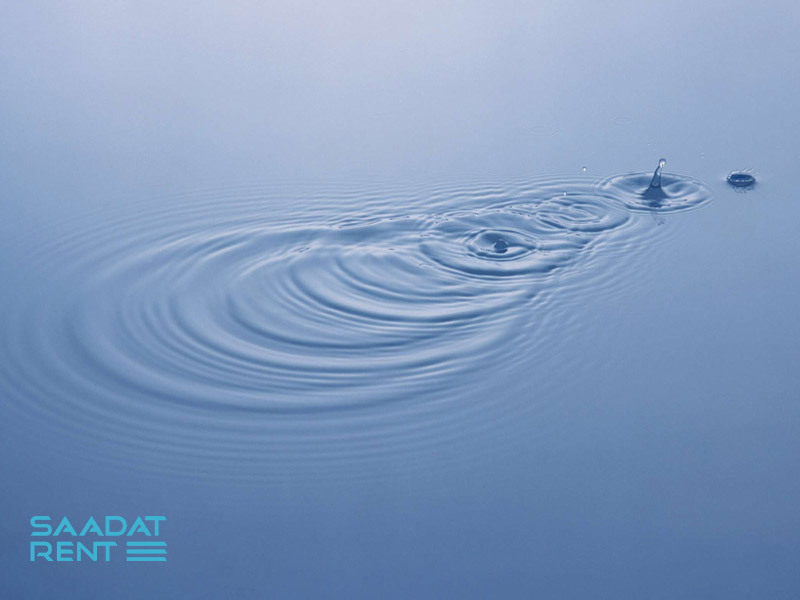 Another custom of the Sizdeh Bedar is to cook a kind of soup that is prepared in some places on the night before the Thirteen to stay safe from the events of the Thirteen Days and is distributed among thirteen neighbors. In general, the custom of cooking noodle soup and eating it in the heart of nature is common among most Iranians. Other foods that are especially popular among the people of Kurdistan include hair leaf jam.

Eating all the nuts that are for Nowruz is one of the routines for Sizdeh Bedar. 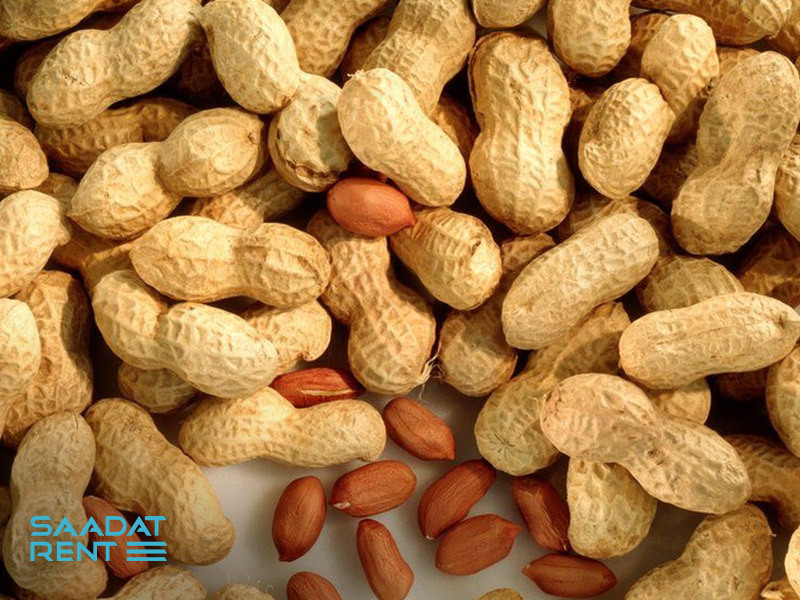 One of the rituals that have been strictly adhered to in the past has been joy and laughter and the telling of jokes, humorous speeches, and anecdotes. Because they believed that laughter would eliminate evil and evil in the New Year. 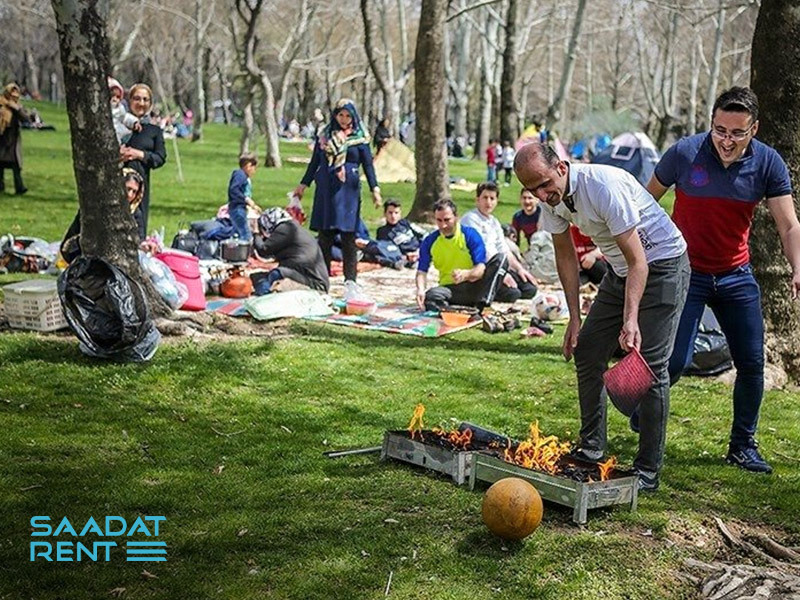 Iran is a vast land with various customs and outside its borders, some nations celebrate the ancient religion of Nowruz. So, we should know about all the cultures that we have from then until now and respect them as our ancestors.