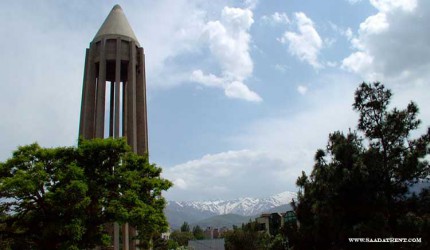 One of the attractions that can easily be found in Hamadan is the Avicenna mausoleum. It is considered as the symbol of...

One of the attractions that can easily be found in Hamadan is the Avicenna mausoleum. It is considered as the symbol of this city and it is one of the hallmarks of Iran's history in the world of culture and science that you can visit in your Iran tour.

Avicenna mausoleum is located in one of the main squares of Hamadan, and it stands out in the center of this city. The striated columns with the granite stones display a special beauty in this part of the city and is one of the attractions of Iran tourism.

Who was Ibn Sina?

Ibn Sina, was born in 359 SH in Bukhara, and died in the late 416 in Hamadan. he was a physician, poet, philosopher and great scientist of Iran. He is the author of the Book of Healing and The Canon of Medicine, one of the most famous works of medical history.

If we consider the small treatises and letters he wrote, there will be 250 traces from him. They include almost all the things that everybody knew in the Middle Ages. Of course, some of the best books of Avicenna were destroyed in the attack on Isfahan. In the history of science, George Sarton knows Avicenna as the most famous scientist in Iran and proud in Iranian culture.

Avicenna mausoleum is located where that was once the home of Abu Saeed Dakhdok, a friend of Ibn Sina who was buried next to him. This place was located beside the city at the time, and by the end of the 13th century AH a small chariot was built on their graves as a tomb.

When the foursquare destroyed over time, one of the Qajar princesses, was trying to renew Avicenna mausoleum and repair it. According to his orders, instead of the old four-legged, a dome was made of brick, and two stones, one on the grave of Avicenna and the other on the Abu Saeed grave.

After that the members of the Iranian National Monuments Association decided to build Avicenna mausoleum based on the old and new architecture. Among the designs presented, the one was inspired from the design of Gonbad-e Qabus was chosen.

Although the architectural style of the two buildings is very different. For example, Gonbad-e Qabus has 10 columns but Avicenna mausoleum has 12 columns. These twelve pillars in fact represent the 12 knowledge that Ibn Sina had been mastered.

After the destruction of the old tomb and the opening of the grave of Ibn Sina and Abu Saeed, the skull and the remaining parts of Abu Ali Sina and Abu Saeed bones with the presence of trusted and reliable people, after the preparation of proceedings, were laid in special boxes and sealed after the construction Avicenna mausoleum, to be buried again.

Another work that the Abu Ali Sina Committee did for commemorate him was the establishment of a library near his shrine in Avicenna mausoleum. In this case, the opinion of the members of the association was that, since Abu Ali Sina was a global philosopher and scientist, it was imperative that all the scientific circles of the world participate in the establishment of his library.

Hence, in the year 1329 SH, by making a statement in Persian, Arabic, French and English, it was requested from all authors, cultural institutions, and Iranian and foreign publishers to send books to the National Society for National traces.

As a result, various scientific, historical, literary books, as well as books about Avicenna or its great writings, were sent from various countries to the National Collections Society. Currently, 4342 volumes of Persian and Arabic books are available in Avicenna mausoleum, with thirty volumes of them being linear books, and some of them are very exquisite and noteworthy. In addition, there are 590 books in French, English, German, etc. in the library.