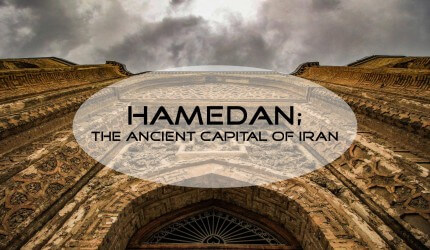 Travel to Hamadan; the Capital of Asian Tourism

Hamedan the ancient capital of Iran is located in the western and mountainous regions of Iran, and the city of Hamedan,...

Hamedan; the ancient capital of Iran

Hamedan the ancient capital of Iran is located in the western and mountainous regions of Iran, and the city of Hamedan, which is one of the oldest and coldest cities of Iran, is located on the slopes of Alvand Mountain. 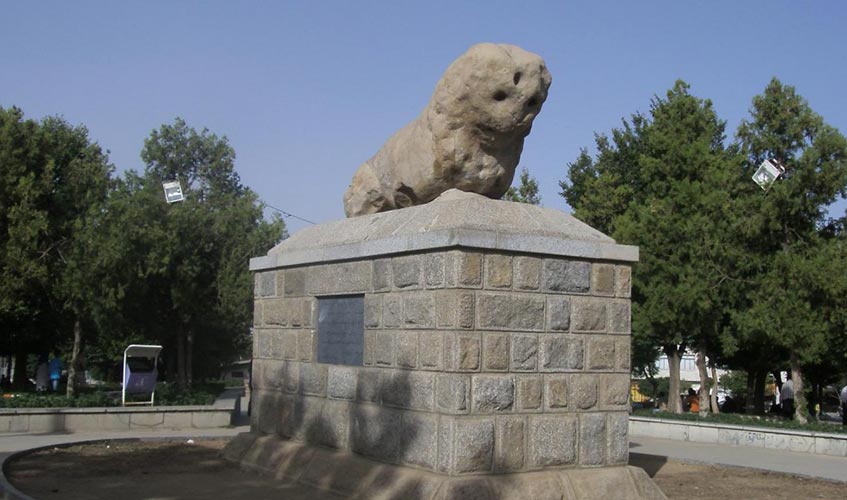 Throughout the history of this beautiful city, it has been the seat of rule and the capital of the different times of the Imperial kingdom. That why this ancient city owns a big number of Iran tourism attractions. Also, villages and towns around Hamadan have made it the destination of many tourists from around the world.

With all kinds of religious, natural and historical attractions, Hamedan the ancient capital of Iran attracts different groups of people with all kinds of tastes. The center of this province is the city of Hamadan, which was built at the time of the Medes and was then called Hegmataneh and was considered the capital of Iran.

In the following, you can see a list of tourist attractions in Hamadan the ancient capital of Iran and plan for your Iran tour.

Alisadr Cave, as the longest water cave in the world, is one of the most attractive and memorable parts of the tourists' trip to Hamadan. This cave is located near the Ali Sadr village in the city of Kabudarahang. The height of the cave is 2,100 meters above sea level, and the cave area has twisted corridors and atriums. 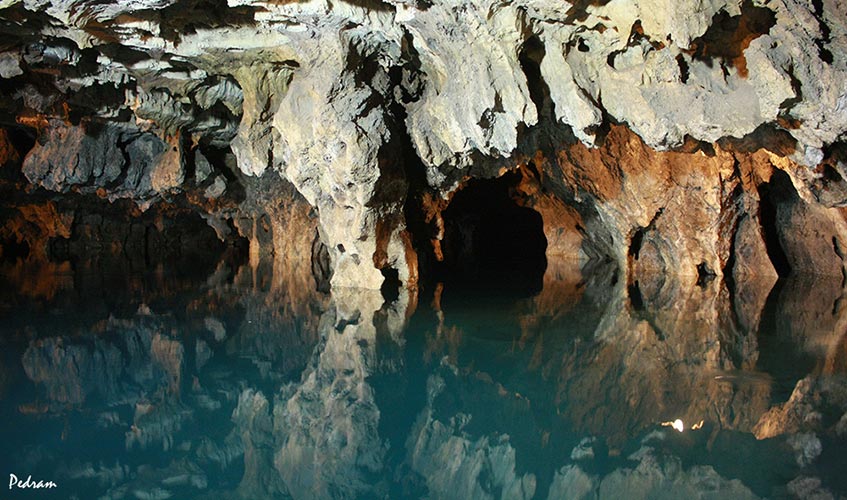 To visit the cave, after making a ticket, a boat is available to tourists and it is possible to visit the cave by boat. The temperature inside the cave is constant and always 20 ° C. You can visit this cave from 8 am to 5 pm.

The recreational, tourist and sports complex of Ganjnameh is located in Ganjnameh Square and 5 km west of Hamadan and Alvand mountains. The pleasant climate of the mountainous, the valley of Alvand and the beautiful landscape of Mishan plain have attracted domestic and foreign tourists.

This collection includes several tourist attractions that you need a full day to visit. In this tourist village, you can visit the Ganjnameh inscription and waterfall.

You can also find Telecabin of Ganjnameh, Tarik darreh Ski Resort, ski tracks, air balancing exercise in the western side of Ganjnameh Complex, walking on a 200-meter suspended bridge, individual flight on a 520-meter long cable, and many other recreational activities in this recreational tourism complex experience in Hamedan the ancient capital of Iran.

Tomb of Baba Taher, Mystic, Iranian and couplet sir from the late fourteenth and mid-fifth centuries has been located in a square with the same name in northern Hamadan. On the surface of the tomb's inner area, tiled mosaics and delicate ornaments have been used that have a special effect on the interior of the tomb. 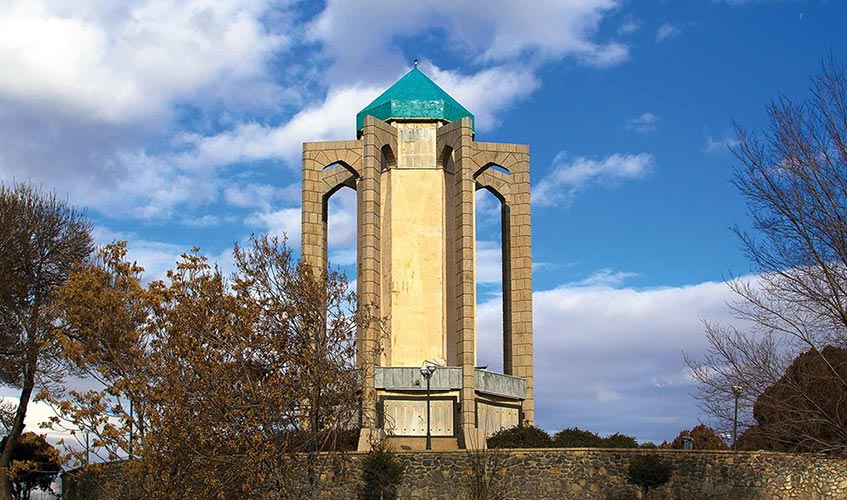 Baba Taher's poems are written in Luri Dialect On the inside of this tomb. His 24 beautiful couplet are carved into 24 stone pieces and are installed on the bottom of the inner area of the tomb. You can visit the tomb every day from 9 am to 8 pm. Next to this tomb is the Hamadan Handicraft Museum, which you can visit.

The tomb of the physician, the Iranian poet, and mystic, Abu Ali Sina, who has a worldwide reputation, is located in an area with the same name. An oval square with old trees and an inspirational fountain from Iranian gardens has created a beautiful resort in Hamadan the ancient capital of Iran. 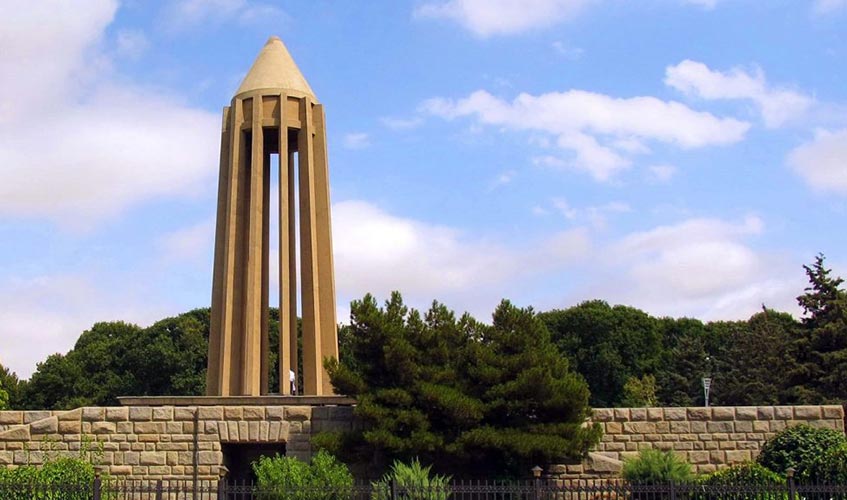 Tomb plot and design have been adapted from the oldest Islamic architectural monument, the Gonbad-e Qabus in Gonbad-e-Kavos city. The tomb's main hall is the museum, the place where the coins, pottery and discovered objects are kept for the millennia BC. In the northern hall, a sumptuous collection of linear books and works of Bu Ali Sina has been gathered.

This ancient city is the first capital of Iran, along with Athens in Greece and Rome in Italy, which is one of the few ancient cities in the world that remains alive and important. Herodotus believes that this city has built by Deioces and said that it had seven walls that had the same color as each planet.

In archaeological excavations of recent years on the Hegmataneh hill, it has been noted that the magnificent palaces of this ancient region have been located on the present Hegmataneh hill. The remarkable thing about this ancient city has been its advanced regular water supply network.

Mishan plain is located on the slopes of Alvand Mount and is one of the natural attractions and natural destinations of Hamedan the ancient capital of Iran. Moving to Mishan Plain is a semi-heavy hike. This plain provides nature lovers and hikers every day.

Before reaching the path of climbing, you pass through a road along the wonderful Abbas Abad valley that is full of gardens and tall trees in the autumn with a special view. At the end of this road and just before the start of the climbing path, near the 12-meter high waterfall, there is an ancient inscription of Ganjnameh belonging to Darius and Xerxes, two great Achaemenid kings. 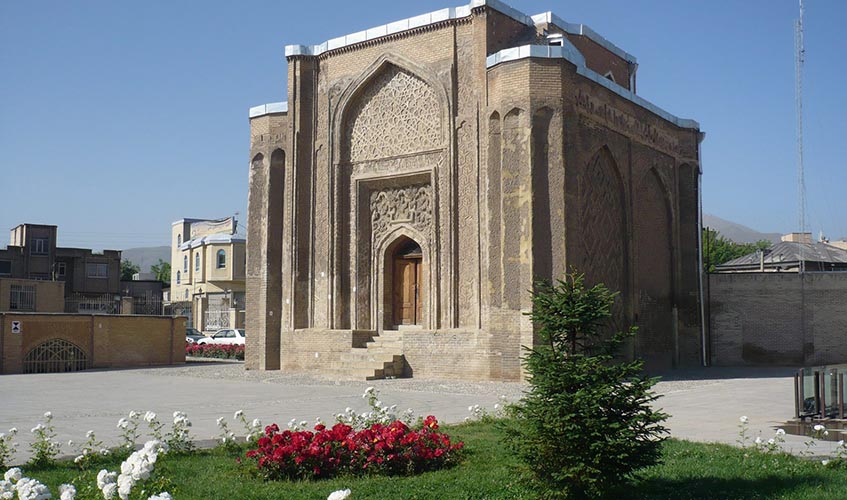 This building is one of the architectural masterpieces after Islam in Hamadan and is one of the unique examples of Iranian architecture. The Alavian dome is located in four Alavian Gardens near Imam Zadeh Abdullah square of Hamadan.

Giyan mirage is located 30 km south of the city of Nahavand; it lost heaven with old plantain trees from ancient times. This mirage has created this beautiful nature with its boiling water.

2 km from here, is an ancient Giyan hill that has been around for centuries, and many monuments of this hill have been discovered from this hill in Hamedan the ancient capital of Iran.

Tomb of Hayaquq the Prophet 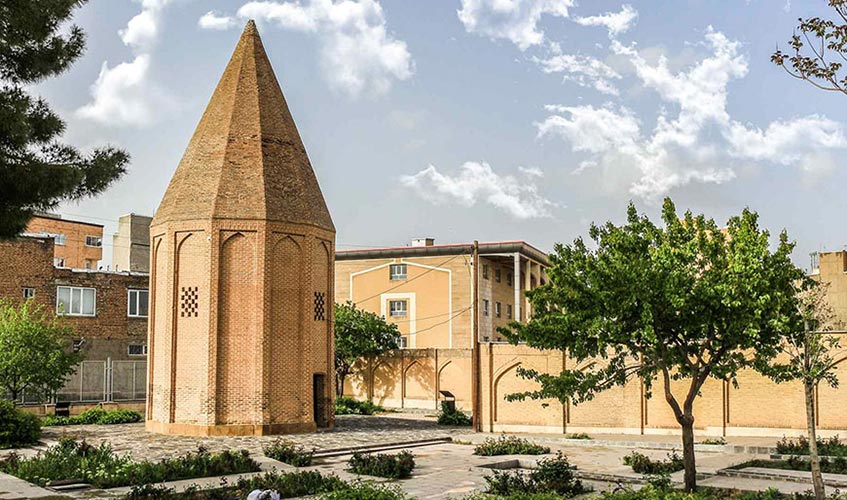 Tomb of Hayaquq the Prophet is one of the most prominent monuments of this province, located in Tuyserkan city. This tomb is one of the oldest historical monuments in Iran and its related to the Seljuk dynasty, the seventh century AH.