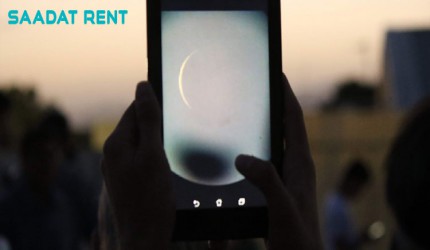 Traveling to Iran during Ramadan The Ramadan month is very especial between all Muslims. All Muslims in the world and i...

Traveling to Iran during Ramadan

The Ramadan month is very especial between all Muslims. All Muslims in the world and in Iran fast during this month. But what is fasting? What is its philosophy, and most importantly, is it possible to travel to Muslim countries, especially Iran, in this month?

In this iran tourism article, we are going to answer all these questions and give you the best tips to travel Iran during Ramadan and experience the best trip.

Actually, Ramadan s one of the months in Islamic lunar calendar, so if you want to know when is Ramadan in every year, you should check that calendar.

Also, Ramadan time depends on the traditional sightseeing of the crescent of the moon by a trustworthy person and because of that sometimes the Ramadan maybe starts 1 day sooner or later in different Islamic countries

Why Muslims fast during Ramadan?

Muslims fast for about 30 days in Ramadan. That is, we do not eat any food or drink during this month, and also, we do not smoke cigarettes either. If we want to explain it clearer, in Ramadan get up before the sunrise and eat an early breakfast that is called Sahari, after eating Sahari and praying, after the sunrise and morning Adan, they start fasting and they don’t eat or drink anything tills the sunset. In after the sunset and Adan, they break their fast by eating Iftar that is a kind of early dinner for Iranian people.

You may ask why we fast during this month? why Muslims endure hunger and thirst for a whole month?

For fasting, there are many reasons that one can point out to health, sympathy with the poor and to increase piety. These are very important reasons, but are they the main reasons for fasting? If this is the case, why should the poor also fast, and why do some people get bored with fasting while Muslims claim that it is good for their health?

The main reason for fasting is something else. Because humans have an important difference with other creatures of the universe. The human being has the power to be aware of and, therefore, can avoid eating and drinking despite the availability of food and drink.

Hunger and thirst for God are not virtues, but using the power of choice is a virtue for God. This will distinguish you from the animals. Fasting strengthens human resistance and will prevents man from doing unpleasant things. Fasting is like a sport that prepares a person to obey the commandments of God. That’s why Muslims fast during Ramadan.

Do’s and Don'ts during Ramadan in Iran

If you decide to travel to Iran and your iran tour time is during Ramadan, you have to comply with some rules in public.

You should be aware that eating and drinking in public places are forbidden in days during in Ramadan, from the morning till the sunset. You should be careful about this rule because you may get arrested by police in the street while you are eating. Of course, these rules are not that much though for foreign traveler and tourists and you can explain that you weren’t aware of these rules and apologize and everything will be fine. But it is better to respect the rules and cosmos of people and their country. We should mention that smoking is also forbidden in the public during this month.

Where to eat during Ramadan?

After knowing the fact that eating and drinking during the days till the sunset in Ramadan in illegal in Iran, you ma be concerned about where you can eat for breakfast or lunch?

Well as you can guest, most of cafes and restaurants are closed during the days in Ramadan but you have some options for eating during your trip in Iran in this month:

What to do during Ramadan?

If you have your own trip itinerary, we should say that all tourist attractions in Iran are open during Ramadan. They are only closed in 21st of the Ramadan. But if you are interested in iranian culture during Ramadan and their costumes, we can tell you what you can do during this month in Iran.

If you have some Iranian friends and you are lucky enough, you may be invited to an Eftar ceremony that we talked about it before. You can eat many delicious local food and deserts and have the best time together.

19th, 21st and 23rd days of Ramadan are especial for Muslims, Muslims believe that the first revolution of the holy Quran was send down to our prophet Mohammad in these days. Also, Imam Ali, the first Imam of Shia Muslims was killed in the 21st day of Ramadan. Iranian Muslims stay awake the whole nigh in these nights and read Quran.

We should mention that maybe some places and mall may be closed in these nights but between these three days, only the 21st of Ramadan in a national holiday and all attractions and museums are closed so you better consider this day in your trip planning.

The last day of Ramadan is a holy day that is called Eyd-e Fetr. In this days Muslims must not fast and they celebrate and help some money to poor people. And also, Muslims have and special prayer in this day and they attend to each other in the main mosques of different cities of Iran.

If you have traveled to Iran during Ramadan, you can sea that the cities become empty during the sunset, but after that the night life of big cities of Iran begin. Actually, this month is the only time that cafes and restaurants are open till the 3 or 4 a.m. in the morning and city is full of people.

So, if you are a fan of exploring a city during nights, this month is the best time to travel to Iran for you. You can have best times at late nights in cafes and enjoy from spending you time in the cities that are crowded even in 1 a.m. in the morning.

As we said, iranian food during Ramadan are so special and delicious. The most famous Iranian food that you can find in everybody’s house in Iran for Iftar or even in cafes and restaurants are Halim (an Iranian meat porridge), Ash-e Reshte (a kind of soup with beans, vegetables and noodles), Shole zard ( made of rice, saffron and rosewater)

and the last but not the least, Zoolbia and Bamiyeh (super sweet candies that you can find in confectioneries).

One of the nicest traditions in Iran during this month is Nazri that means people a lot of food especially Ramadan dishes and offer it to different people for free and you can trust people when they give you some food or deserts.

So, if you travel to Iran during Ramadan you may get many delicious deserts and food for free and you do no need to pay for eating in your trip ?

Is it worth to travel to Iran during Ramadan?

If you ask us is it worthy to travel to Iran during Ramadan, we will answer in depends on you. If you are a foodie and want to eat delicious food whenever you want, Ramadan is not a good time for you for traveling to Iran.

But if this subject doesn’t matter that much to you, so Ramadan is a great time for you because the weather is pleasant and cities are less crowded and your trip will be cheaper, so this time think differently about traveling Iran during Ramadan.