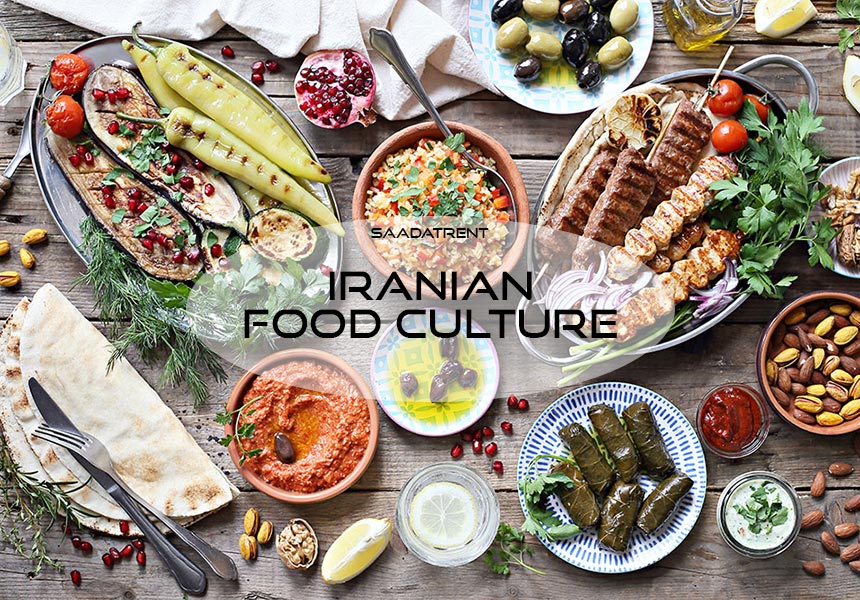 Iranian food culture is an interesting part of our cultural relations. In Iran, people respect food a lot. they also respect the table and the place the food is served. In Iran's food culture, people generally believe that food is a blessing from God. Therefore, disrespect for food is equivalent to disrespect for the Creator. In addition, the table as a place where family members are around three times a day and interact with each other is very valuable in Iranian culture, and eating alone is a kind of disrespect to family members and a sign of poor communication among them. 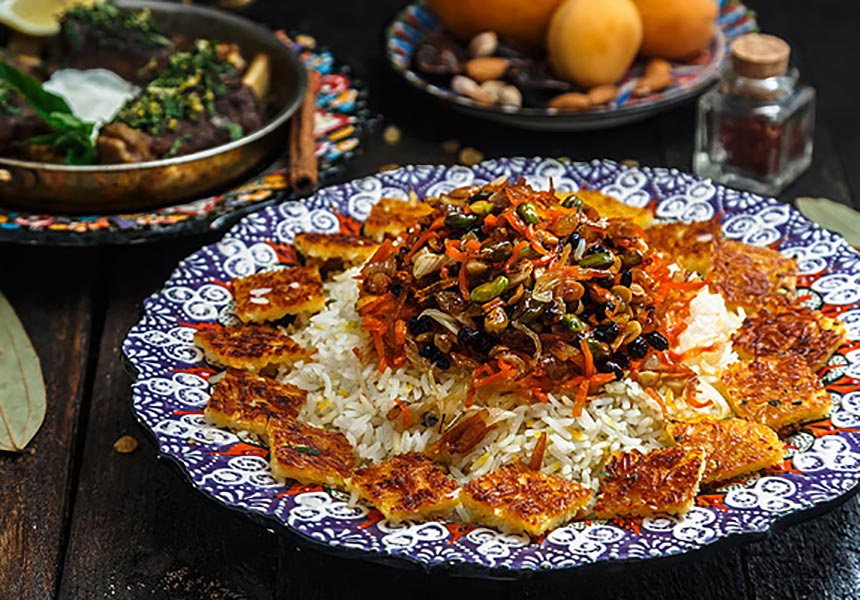 Iran's food culture is based on traditional medicine

Iranians are good cooks. They have a great variety of foods and use the most valuable and healthy foods to cook traditional food. In the school of traditional Iranian medicine, which is part of the Iranian food culture, all foods are naturally divided into four categories: wet, dry, hot, and cold. Accordingly, Iranians believe that they should observe a balance in consuming various foods. Otherwise, the body and soul will suffer from illness and disease.

there is a lot to say about Iranian food culture, but in this article, we are going to talk about the traditional foods that are long to the different parts of Iran. so stay with us.

South of Iran, in addition to all the unique attractions, also has a special Iran food culture that shows the hospitable spirit of the people of that land. Iranian southern food is so delicious and unique that you should not miss its pleasant taste. We will introduce you to the top southern Iran local food.

The people of the south are known for their hospitality and warmth. Southern cities in Iran are near the sea. this feature on the one hand and the warmth of these areas, on the other hand, have made the use of special and fragrant spices as well as seafood popular in these areas.

All the provinces of the south of the country, from Khuzestan to Hormozgan and Bushehr, as well as the southern province of Sistan and Baluchestan, are the cradle of the most delicious food, especially seafood. Maybe you want to make these dishes or try this Iranian food on your trip to the south.

Unlike Western culture, where appetizers, main dishes, and desserts are brought to the table at regular intervals, in Iranian food culture, a variety of foods are placed on the table or table at the same time. The main food, supplements, snacks, desserts, and drinks in Iranian food culture are placed on the table or table at once and people use them in order. Iranian food is often time-consuming and, like fast foods, is not prepared in a short time, and perhaps the reason for this coincidence lies in such a point. 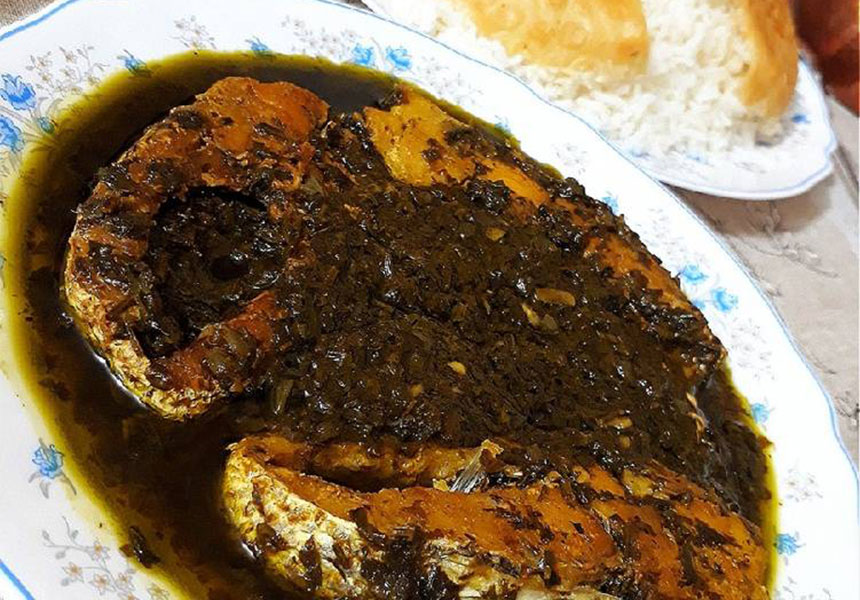 In southern Iran, fish is cooked in a variety of foods, including Qalie Mahi, traditional Khuzestan food.

Qalyie Mahi is a traditional food made with fish, pomegranate sauce, Vegetables (fenugreek and coriander), onions, peppers, salt, tamarind, oil, turmeric, and garlic. Like most Iranian food, this is also commonly used with a rice plate. If you go to the cities of Khuzestan province, go to a local restaurant and order this traditional dish, because you will surely admire its unique taste. 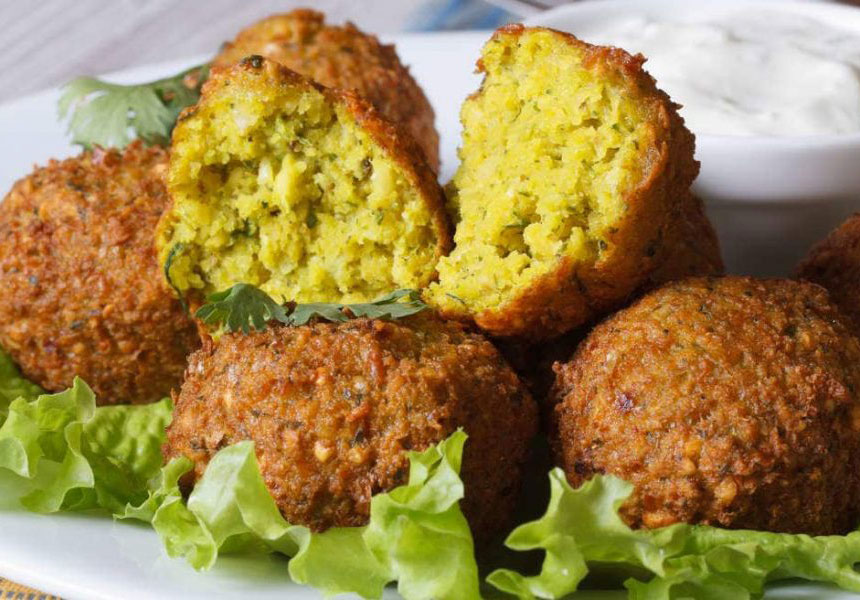 Falafel is one of the most popular foods not only in the South but also in all of Iran's cities. The main ingredient of this food is peas and it does not contain meat. Therefore, those who are unwilling to eat meat can use this nutritious and protein supplement.  Although this food is native to Khuzestan province, it is today made in most Iranian cities. To prepare this food, ingredients such as pea, oil, red pepper, egg, parsley, and ... are used. 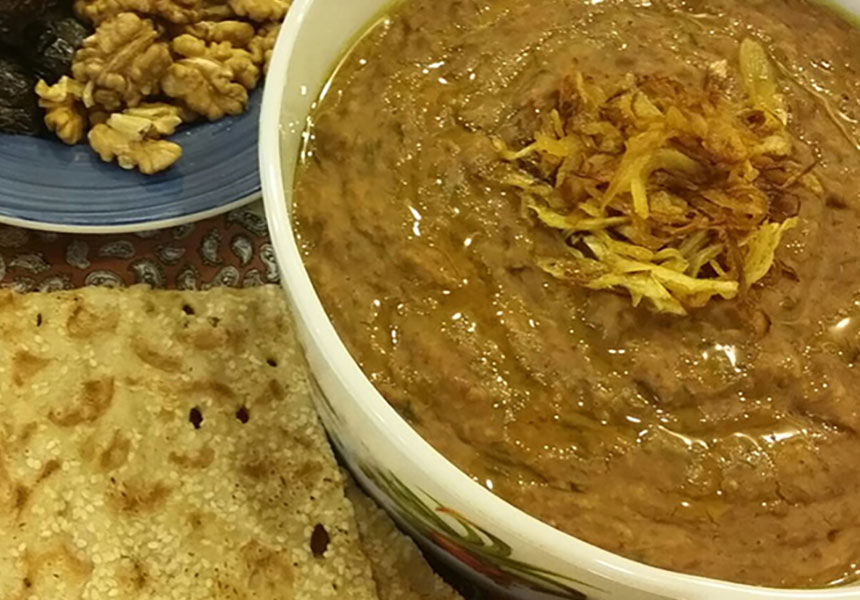 Opiyozi is Eshkeneh(one of the Iranian traditional food), of course, it is cooked in Dezful. This early cuisine is prepared and many families in the province, if they have little time to cook, immediately start baking it and prepare after a couple of minutes of hot, tasty, and yet delicious food. To make this, use walnuts, sugar, turmeric, pomegranate sauce, onion, egg, salt, pepper, and dry bread. 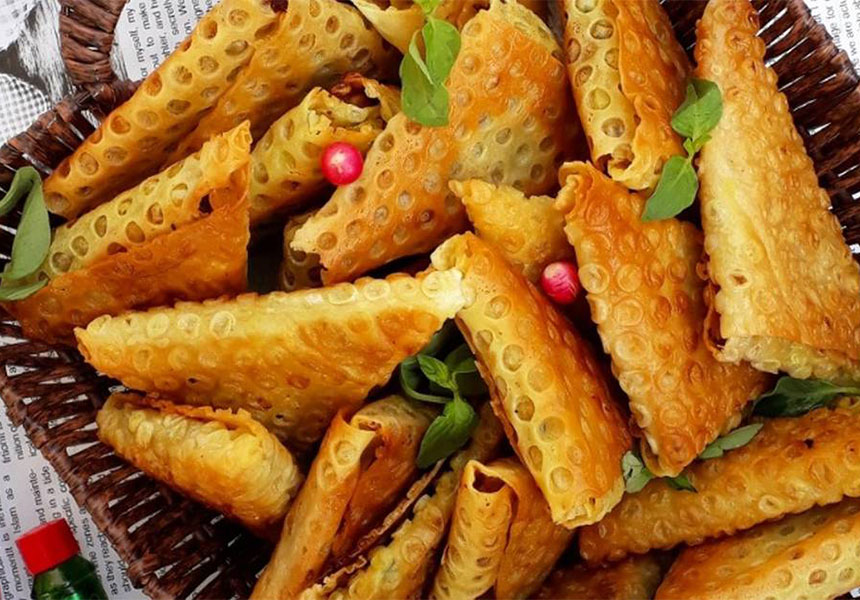 You may not know that the same Sambouseh which is popular in most cities of Iran has been introduced from Khuzestan province to Iran. Why do you think Khuzestan people love this food so much? Because of the excessive taste of her pepper! To make this dish, fill Lavash bread with ingredients such as meat, fragrant vegetables, potatoes, spices, and ... and they are tangled like triangles. 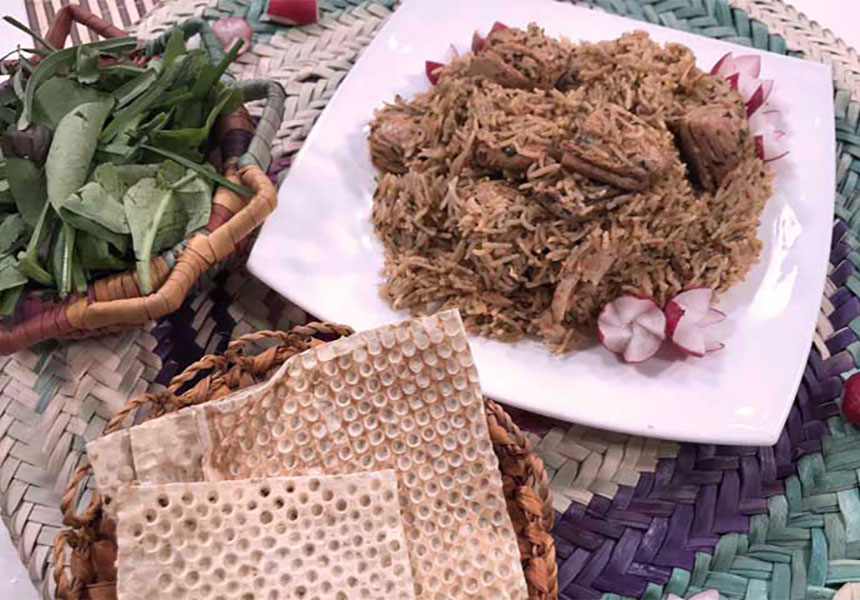 Hawari is brass and a native Hormozgan variety. To make this meal, onion, dill, fenugreek, coriander, garlic, and then rice have been used. 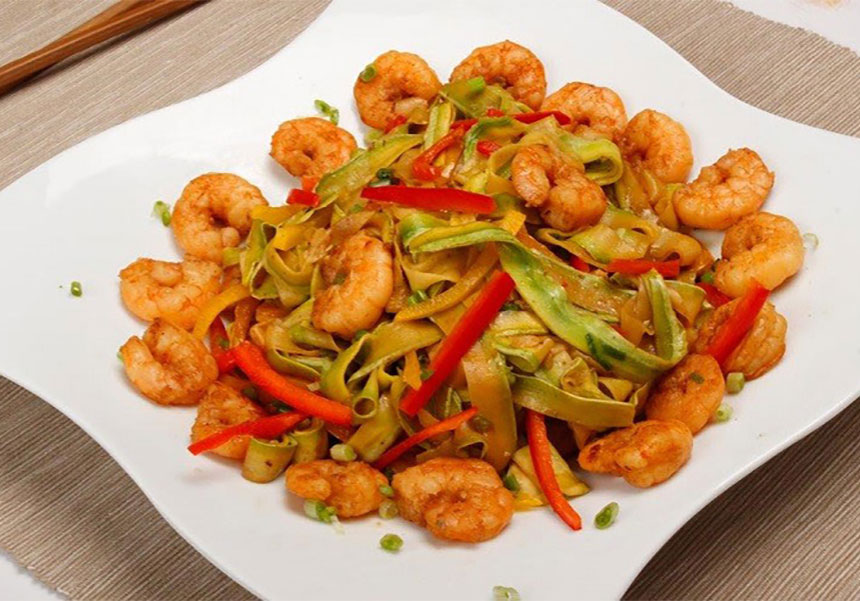 Whenever it comes to a portion of traditional and gourmet food in the South, the fish, and the firm shrimp must be the ingredients of the food. Dopiazeh Maygo is from Qeshm's traditional cuisine, and to make shrimp, along with onions, spices, and red pepper. In this meal, good spices are used to add flavor to the shrimp.