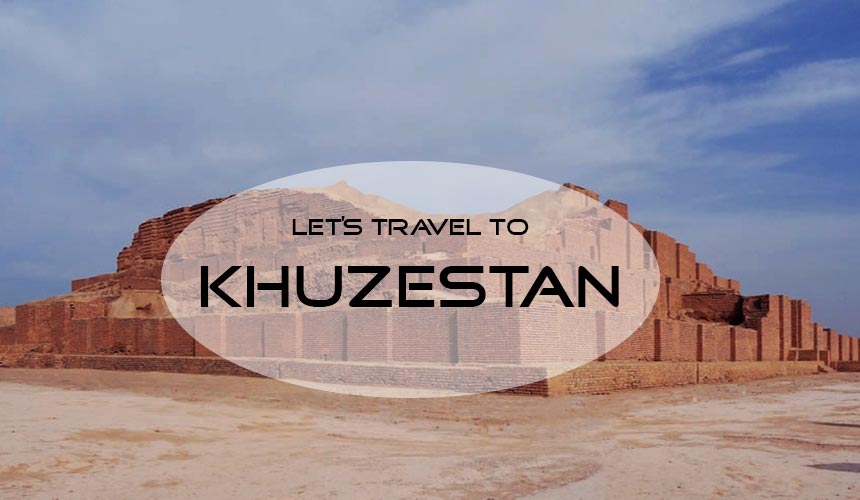 All you need to know to travel to Khuzestan

Khuzestan Province has a 9,000-year-old civilization and has a unique nature that has attracts many foreign and domestic tourists every year.

Khuzestan Province has a 9,000-year-old civilization and has a unique nature that has attracts many foreign and domestic tourists every year. Khuzestan is a place where we all hear the name of the warm sun and palm trees and has an important place in Iran tourism.

Its most famous cities are Ahvaz, Khoramshahr, and Abadan. Spring and autumn can be considered the best time to travel to Khuzestan because the weather of most of its cities is cool and comfortable and you can safely visit the Khuzestan attractions.

We start our journey from the center of Khuzestan province, Ahvaz. One of the Khuzestan attractions is the white bridge or Pol-e Sefid of Ahvaz, which has become a symbol of the city. Ahvaz is a city of bridges, from the Black Bridge, the oldest one to the cable bridge, which is on its way to becoming famous in this city.

Pol-e said or white bridge is located on the Karun River and is one of the 8 bridges crossing it and is also the fourth hovering bridge in the world.

Chogha Zanbil is an icon of Elamite art and architecture. It was discovered by Brown in 1933 and completely removed from the underground by the Greenshank Mission from 1951 to 1962. The square was 1.5 meters long and 52 meters high.

It was built in the 13th Century BC by the King of Elam, the Untash-Napirisha. It is made of brick and on the bricks, there are many inscriptions on the Elamite line, there are almost identical articles written on them. this building is one of the most important Khuzestan attractions.

The waterfall is 85 meters high and 70 meters wide and it is in Dezful city in Khuzestan province. Shevi Waterfall is also has a short distance from Lorestan province and it can be said it is located on the border of two provinces.

Of course, please note that access to this attraction is difficult between Khuzestan attractions, and That's why it's been scandalous. On the slopes of the mountain, there is a cave waterfall too, which locals say is miles long.

In the cascade, there are several holes and exits that the water exits with pressure from them.

Lion Tombstones are the symbol of brutality, courage, humility, and masculinity. These stones have created an outdoor museum. These lion tombstones are a symbol of the Bakhtiari people, one of the folks of Iran in Iranian culture.

they placed these lions on the grave of brave people. There are no lion tombstones anywhere in Iran as much as they are in the provinces of Khuzestan and Chaharmahal Bakhtiari.

Also, these lions are so important part of Khuzestan attractions, But it seems that this abundance and dispersion have made their disappearance commonplace and have diminished the value and importance for the people and the authorities, and unfortunately many of them have been lost or destroyed.

Shushtar Historical Hydraulic System is one of the Khuzestan attractions, which is also listed on the UNESCO World Heritage List. A series of complex irrigation systems that it had been constructed in the era of Darius the Great and the 5th century BC.

Through the Achaemenids to the Sassanid, people developed a clever plan of interconnected sets of bridges, bays, mills, waterfalls, canals, and large water-lift tunnels to take full advantage of the water.

Today, perhaps only a part of this complex structure remains, but the water loss from the wastewater from the mills has created beautiful artificial waterfalls that pour into a pond and create an amazing view.

Rangoonis mosques or as the villagers say, Rangoon ha, had been built with the Indian architecture and with the help of the Burmese rangoonis in Abadan.

After the emergence of oil and the establishment of a refinery, many people from different cities and countries came here. The Indian and Pakistani immigrants (from the area known today as Myanmar) built the Rangoonis mosque which became one of Khuzestan attractions.

This lake is one of the most beautiful lakes in Iran in the northwest of Dezful and 23 km northeast of Andimeshk, which has become one of the Khuzestan attractions. In Dez dam lake, there are all kinds of water sports.

The lake water originates from the Arak and Aligudarz and after passing through the Zagros Mountains, and receiving many microbeads, it pours into the lake.

These two rivers include two major branches, Caesar and Bakhtiari.

Tomb of Daniel the prophet in Susa

The tomb of Daniel the prophet was built on the east side of the Shavar River opposite Arg hill, and it has a unique dome, which is reflected in the oldest city in the world (Susa).

This building was constructed in 1249, after the devastating flood of the same year that destroyed the previous monument, and became one of the Khuzestan attractions in this ancient city.

The building was built in 1309, and until the end of the war was used as the administrative part of the oil company.

During the eight years of the imposed war, the building was used as an observation site for Iraqi forces. Given that this place was the center of the enemy's observation during the war, the handwriting of the Iraqi invaders on the walls of the building has remained. one of the manuscripts, says that “we have come to stay”, which is very much touched.

this is one of the important Khuzestan attractions, especially for families who experiences those days and lost their families in war.

The wetland is located on the border between Iran and Iraq, and about one-third of it is in Iran and two-thirds in Iraq. Hawizeh Marshes will provide water from the many rivers. Its approximate area is estimated to be 118,000 hectares, On the side of the pond, the depth of the water is low and gradually reaches the middle of it, its depth reaches a few meters.