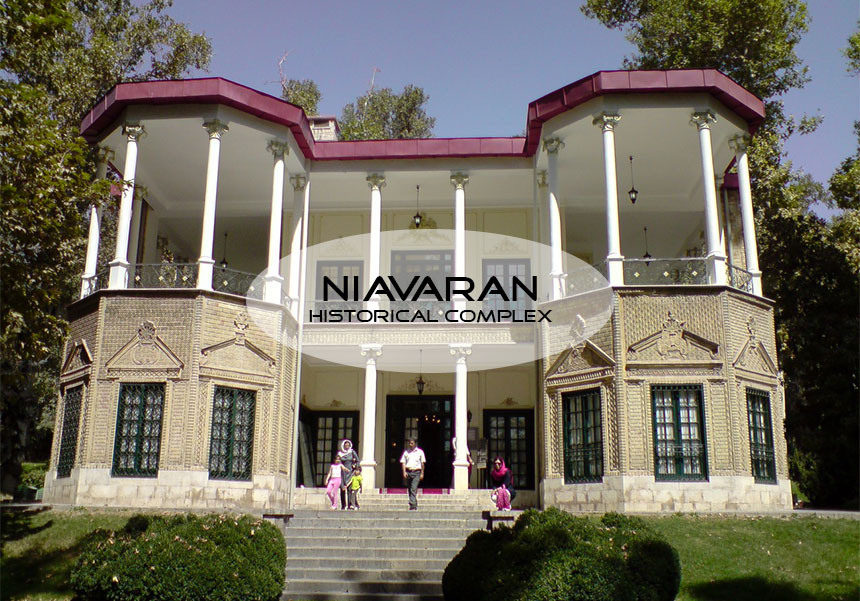 This article will introduce you to the last residence of the Pahlavi family, Niavaran complex. Niavaran palace is located in the north of the capital of Iran, Tehran.

Niavaran Complex in Tehran once housed Mohammad Reza Pahlavi, the last king of Pahlavi, and formerly Nasser Al-din Shah lived there. First of all, Fath Ali Shah Qajar had made it for his summer house. It is impossible to talk about Tehran and not to mention the Niavaran complex.

At that time, Fath Ali Shah Qajar probably never thought that several generations of kings would live in this building and eventually become a major museum. Join us to talk about the Niavaran complex in Tehran. but this complex that includes many palaces, housed many kings and their stories.

As we mentioned, the historic Niavaran complex is referred to be the last residence of the Pahlavi dynasty in Iran. Together we will walk into Niavaran Palace and go to different parts of it. We show you photos of Niavaran Palace in Tehran and give you information about each section. 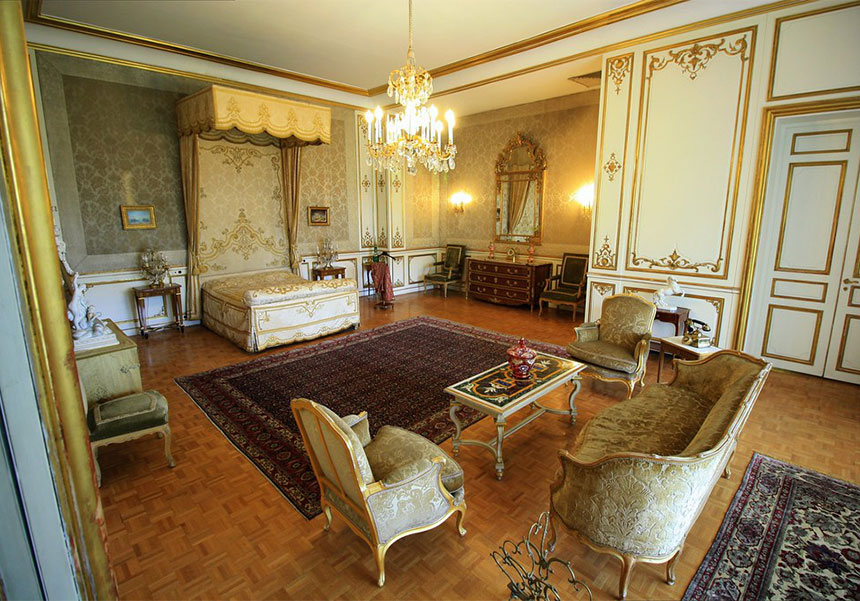 This palace is one of the most beautiful works as Iran tourism attractions, which has several masterpieces of authentic Iranian and Islamic architecture alongside its beautiful garden that is related to the last kingdom of Iran. stay with us to get to know the history, architecture, and all the features of this beautiful complex.

The Niavaran complex was built in the northern part of Tehran with an area of 9,000 square meters and is related to the Qajar era. The construction of this beautiful complex began from Mohammad Shah Qajar time, Then Nasser al-Din Shah added Saheb Qaraniyeh historical monument to Niavaran Garden. 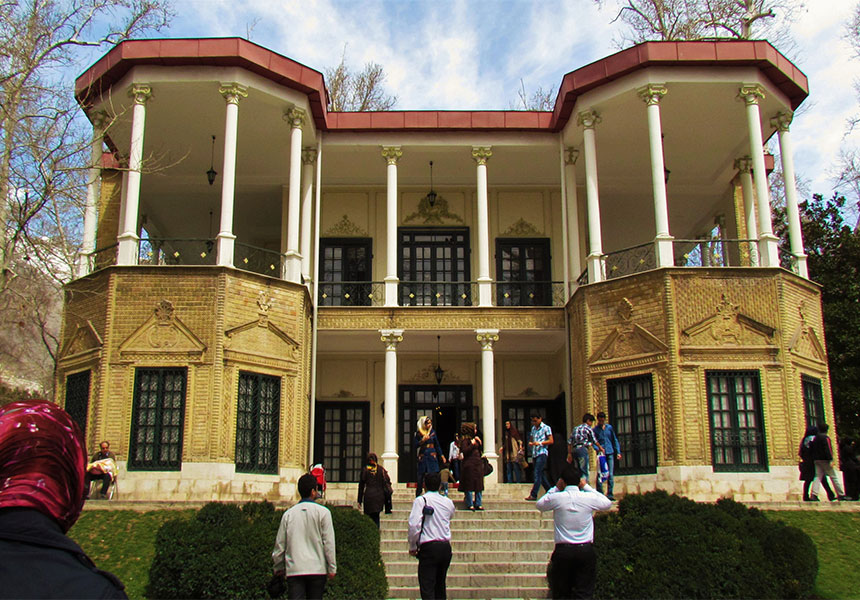 Another beautiful buildings of Niavaran Garden are Ahmad Shahi Koushk, which is the latest monument built in the Qajar era at the Palace of the Niavaran Museum. In 1337, under the supervision of Mohammad Reza Pahlavi, small buildings were destroyed in the garden, and the beautiful and modern palace was built for the royal family, which is today known as the Niavaran Palace.

Saheb Qaraniyeh Palace is the first building of the Niavaran complex, which was the residence of Naser-al-Din Shah Qajar, located in the southern part of Niavaran Garden.

Some of the attractions of Saheb Qaraniyeh Palace are the Jahan Nama hall, Hoz khaneh, Korsi khaneh, and the mirror hall. These halls are decorated with very old paintings, beautiful works of calligraphy, and expensive objects.

At the end of the Qajar era, Ahmad Shahi Koushk was built on two floors as Ahmad Shah Qajar's dormitory in the Niavaran complex with an area of 800 meters. Access to this beautiful monument is from the southern side of the palace. 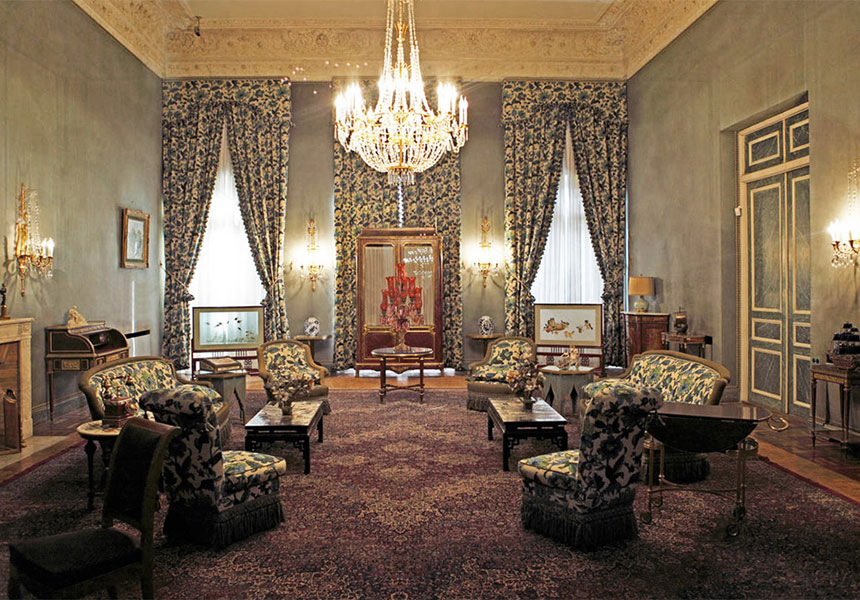 The point that distinguishes Ahmad Shahi Koushk from other Niavaran garden palaces is the beautiful brick facade of the building. During the reign of Mohammad Reza Pahlavi, there were changes in the interior design of the palace and used as a place of work and residence of the king.

In this building in the Niavaran complex, you can find expensive objects of silver, bronze, wood, ivory, plant and animal fossils, a piece of rock from the moon's surface (the gift of Richard Nixon, former President of the United States to Mohammad Reza Pahlavi), gifts from the heads of various countries and beautiful paintings. 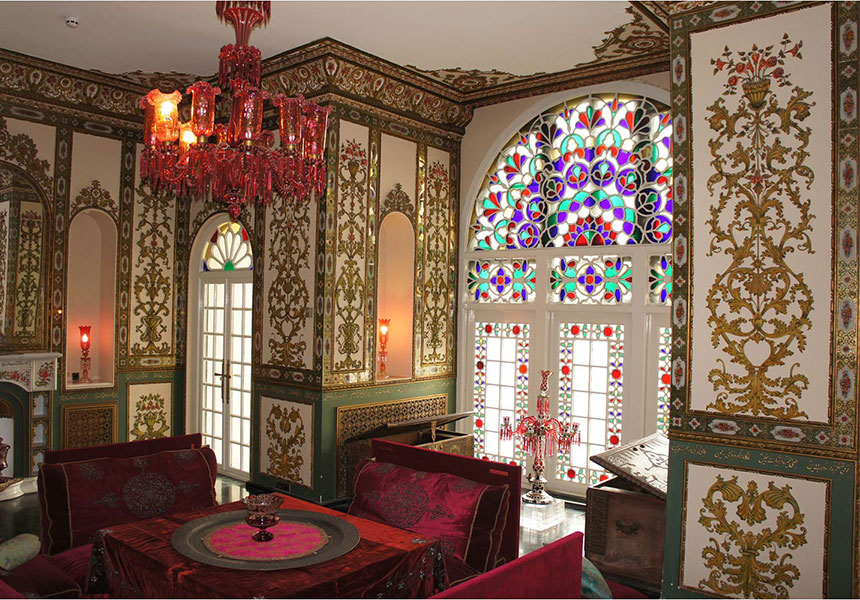 Niavaran Palace is the main palace of the Niavaran complex located in the northeastern part of the garden. As we mentioned above, Mohammad Reza Pahlavi was ordered to construct this palace in 1337, and in 1346 the construction project was completed.

The palace has two and a half floors and was originally used as a Guesthouse for foreign guests, then it was designated as the seat of Mohammad Reza Shah and his family. The architecture of Niavaran Palace is an integral part of Iranian and Islamic architecture.

On the first floor of the Niavaran Palace, you can see the blue hall, dining room, Proprietary cinema, waiting room as well as a collection of valuable Iranian handicrafts such as handmade Persian carpets. 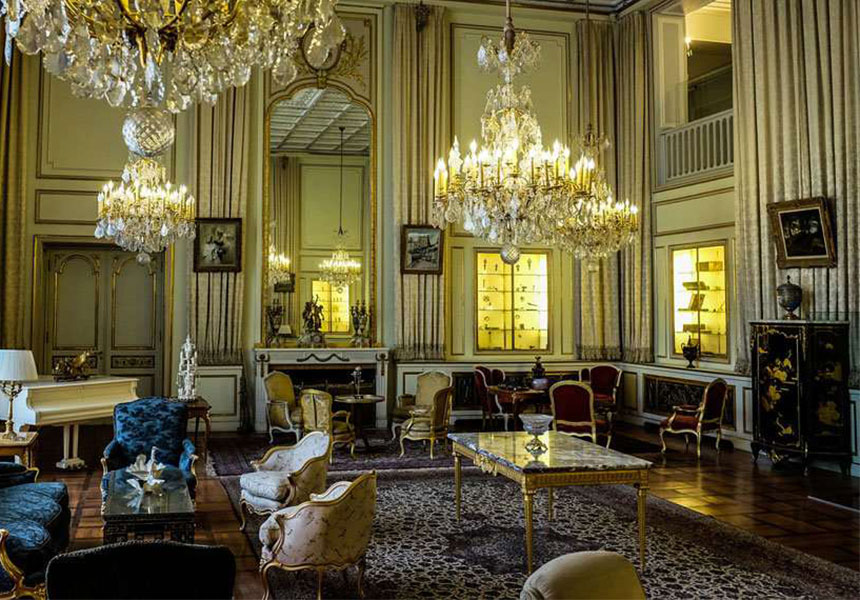 On the first half floor of the palace, there is the conference room, the workroom, and the secretary's office of the king's wife. and also there are some beautiful works like the Buddha statue and the artwork of Indian ivory. On the second floor, Mohammad Reza Shah and Farah's bedroom, Shah children's room, Farah's makeup room, Farah's dressing room (with a collection of Balochestan's needle-dresses) are located.

During the visit to the main building of the Niavaran complex, you will see the Shah official and military uniforms, Shah medals, precious objects, paintings of foreign and Iranian painters, Persian carpets, and Chinese dishes.

Museum of inscriptions in Niavaran complex

During the collaborations between the Niavaran Collection and the Cultural Heritage Organization, in the eastern part of the Niavaran complex, there has been a permanent exhibition of the inscription written by the predecessors of Iran Land. In this exhibition, 43 Moulages belonging to the rocky inscriptions has been exhibited:

Some of the most important inscriptions in the Museum are:

The Jahan Nama museum is part of the Saheb Qaraniyeh Palace, located on the southern side of the Niavaran complex, and has beautiful works of contemporary visual art from around the world.