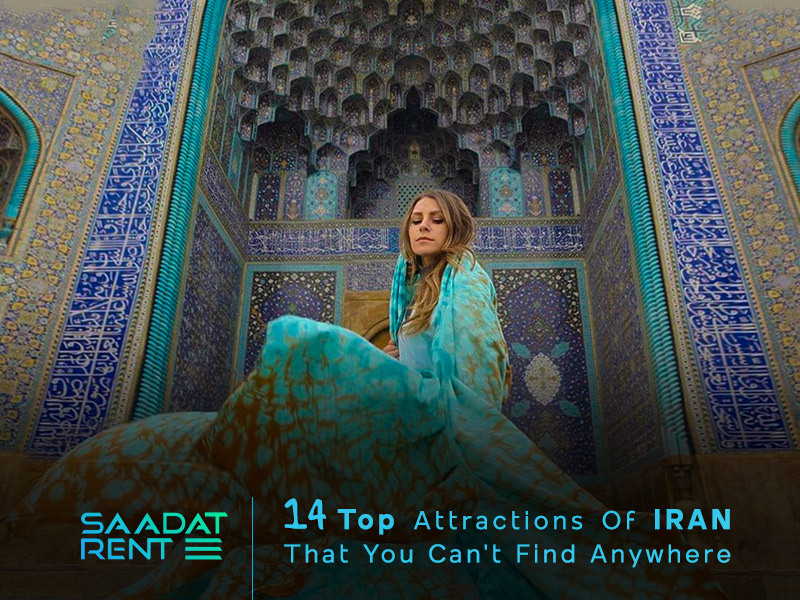 14top attractions of Iran that you cant find anywhere

Iran is a vast country with four seasons and various natural and historical regions. We want to talk about 14 top attractions of this beautiful country.

The natural areas of Iran are so beautiful and unique that their example can not be found in the world. We can talk about Iran attractions as much as you like. Natural tourism attractions make up a large part of the world tourism industry. The country ranks fifth in the world in terms of nature tourism. The beautiful nature of Iran is immersed in beautiful forests, deserts, and mountains, many of which have combined the sea to create extraordinary landscapes.

Fever is derived from the word fever meaning heat. There is no doubt that the city of Tabas is ancient as the traces of cavemen of ancient times remain in the valleys of the city and many villages and places of Tabas have preserved their ancient and ancient names. Tabas, which is known as the "bride of the Iranian desert". If you want to see this wonderful dessert, you can use a saadatrent company for renting a car. So, you can rent a car and visit this beautiful desert. The rich coal mines of this city indicate the existence of dense forests and large lakes in the distant past in this region. These mines make Tabas one of the richest regions of the country in terms of national wealth. 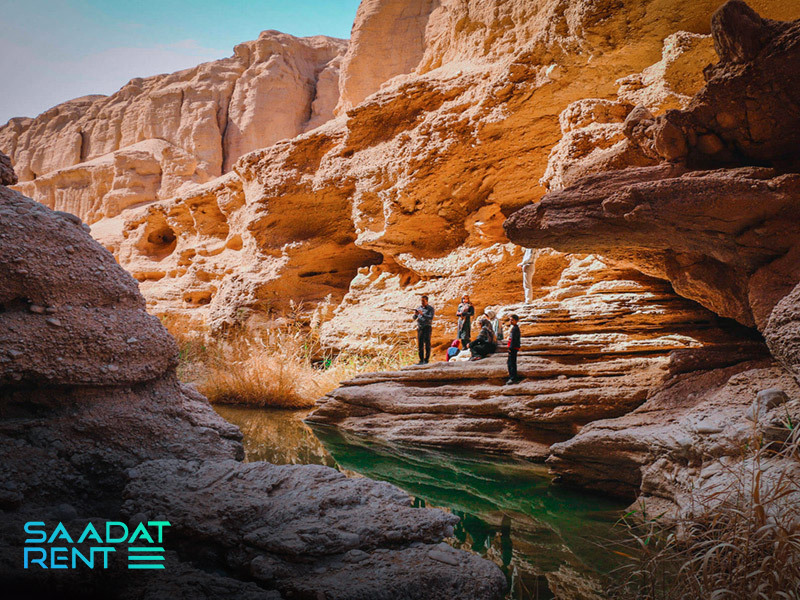 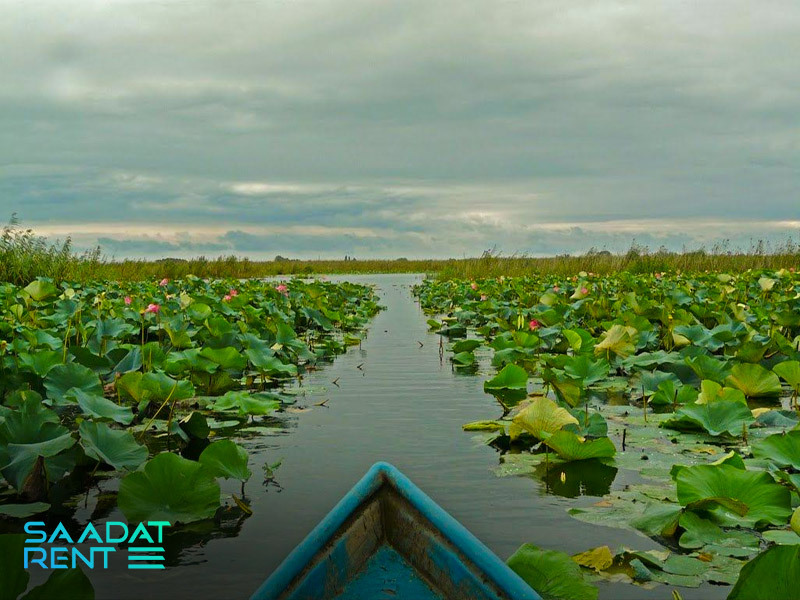 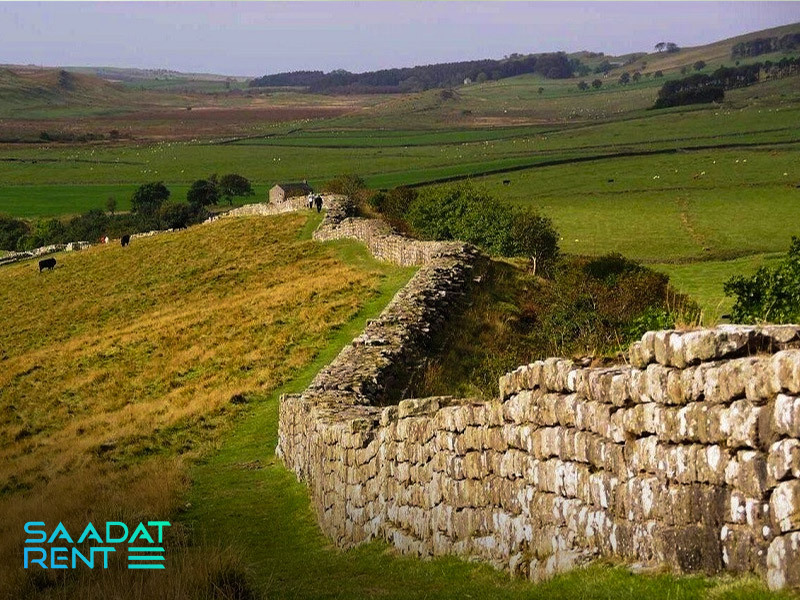 Hormoz Island has soils with different colors, especially red, due to the presence of minerals, and that is why the color of the water waves on this island is red. In the year 700 AH, Hormoz was attacked by the Mongols and most of it was destroyed. The best time to visit Hormoz Island is in winter. Birds and turtles also migrate this season. Hormoz Island has a mountain rich in red oxide soil, which is not just a mineral for industrial purposes and is used by locals as a spice in their food, in sauces, and their jams. 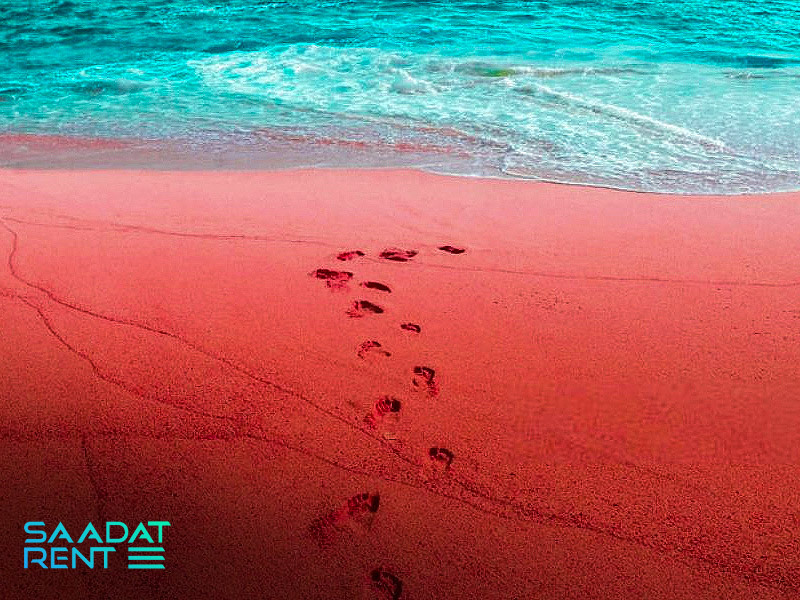 Chabahar is the only ocean port in the country, located in the south of Sistan and Baluchestan province. This seaside town has some of the most fascinating sights, from the Ban Mist Caves to Lake Lipar. One of the natural wonders of this area is Goatherd Bay.

Greater Port in Chabahar, known as Goater Bay, is an old and small port located at the last border point in the southeastern part of Chabahar city. Today, the existence of mangrove forests as well as a variety of fish and crabs have been able to multiply the beauty of the port of Goiter. 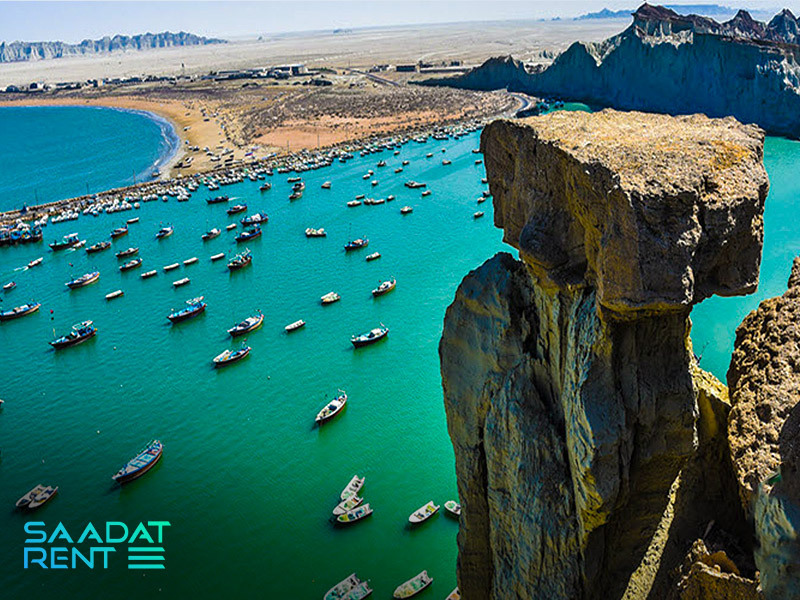 Chahkuh Strait is one of the strangest attractions of Qeshm Geopark, which is located 70 km from Qeshm. The presence of numerous holes in the heart of the rocks of this valley has caused water to collect when it rains. The importance of water for the people of the region and its scarcity has also led to the use of these holes and the construction of a narrow canal along the main valley and the vertical valley to transfer water. For this reason, this amazing place has taken the name of Chahkuh and is highly sacred to the local people. 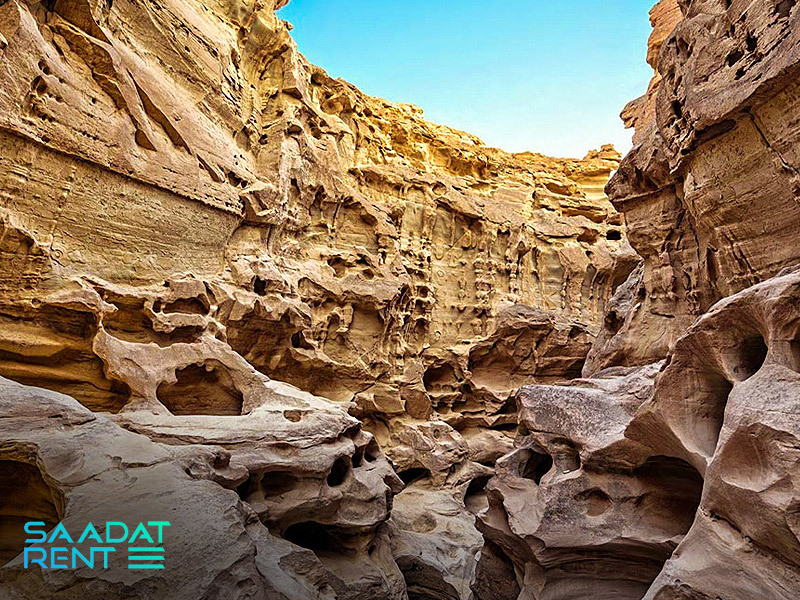 Verdij village is the largest village in the northwest of Tehran with a population of about 500 people. The water of the villagers is supplied from several springs, especially Cheshmeh Chah and Cheshmeh Pavarza, etc. Other names for Verdij village are Stone Ghost Village and Adamak Jian Village. In hot seasons, Verdij village has a cool and pleasant climate. But in winter, the cold weather becomes so intense that it causes residents to leave the area. 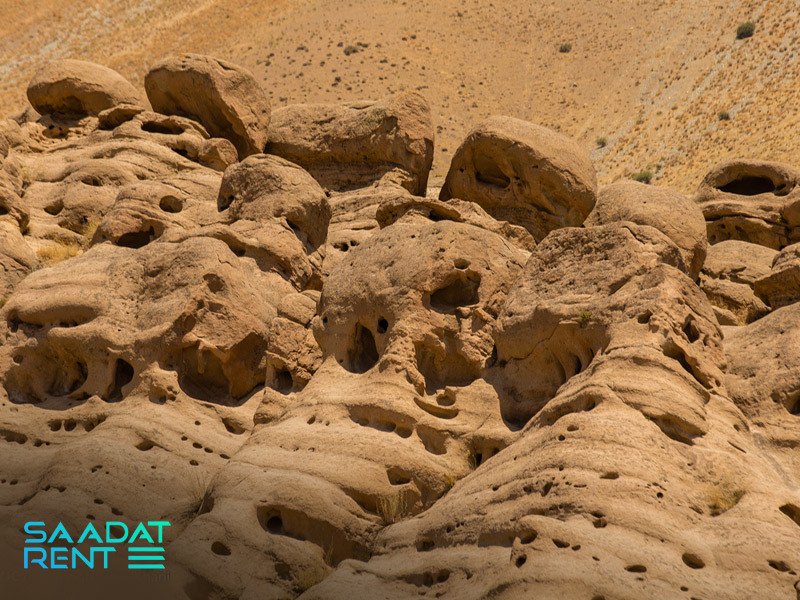 Kandovan is one of the most amazing rock villages in Iran and the world, which is located in the heart of Kaleh Ghandi rocks and is also known as Kaleh Ghandi village. This summer and the historical village is located at the foot of the Sahand volcanic mountain and next to the Kandovan river. The first people to enter the rocky area of ​​Kandovan were the inhabitants of a village whose name was cunning. This village was located two kilometers away from Kandovan and the reason why the people of that village went to that part was that in the seventh century AH, the Mongols invaded Iran and the lands of this region and its surroundings and started killing. And have looted cities and villages. 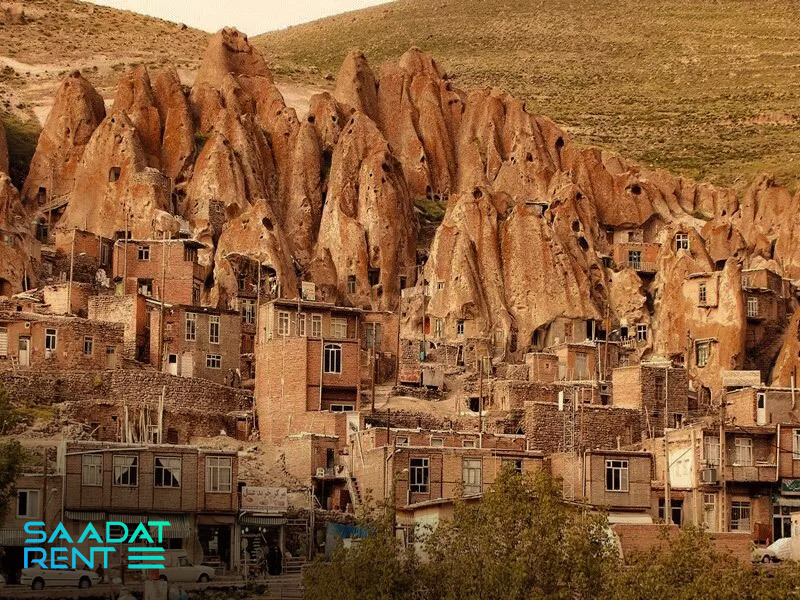 Chabahar is a port city that, as its name implies, is a city with a spring climate. Between the two mountains, which are not far apart, a seal has been created that collects the surrounding stagnant water and turns it into a 14 km long catchment. We call this wetland, pink lipar wetland. because : 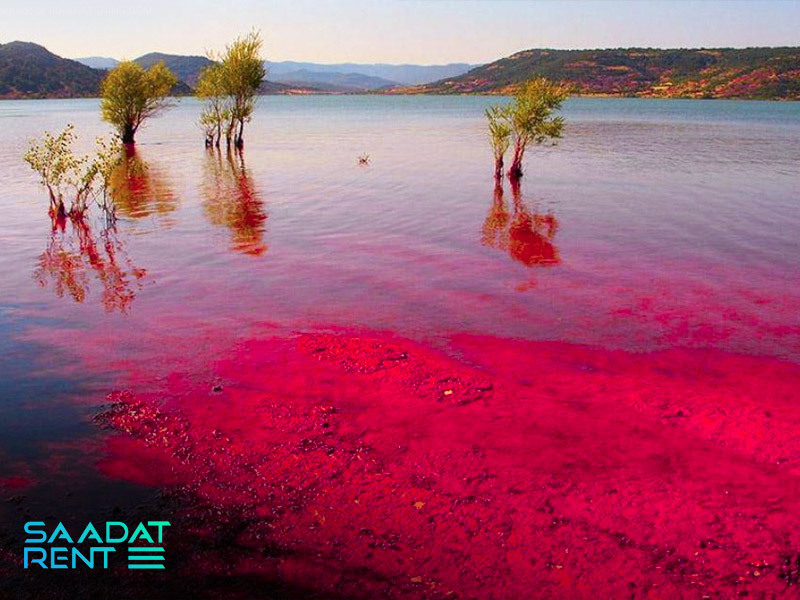 Maharloo has located in the southeast of Shiraz city and is 57 km from Shiraz to Fasa. This lake is located next to a village of the same name, a village that dates back to the Safavid era and in ancient times it was called Dasht-e Gol. The intensity of water evaporation in this lake is very high. This intense evaporation has increased the salinity of the lake. Increasing the salinity of the lake water has caused the reproduction of a type of red or pink seaweed of a special color. The name of this red seaweed is red. Excessive growth and multiplication of this alga in Maharloo pink lake have caused the watercolor to turn red or pink. 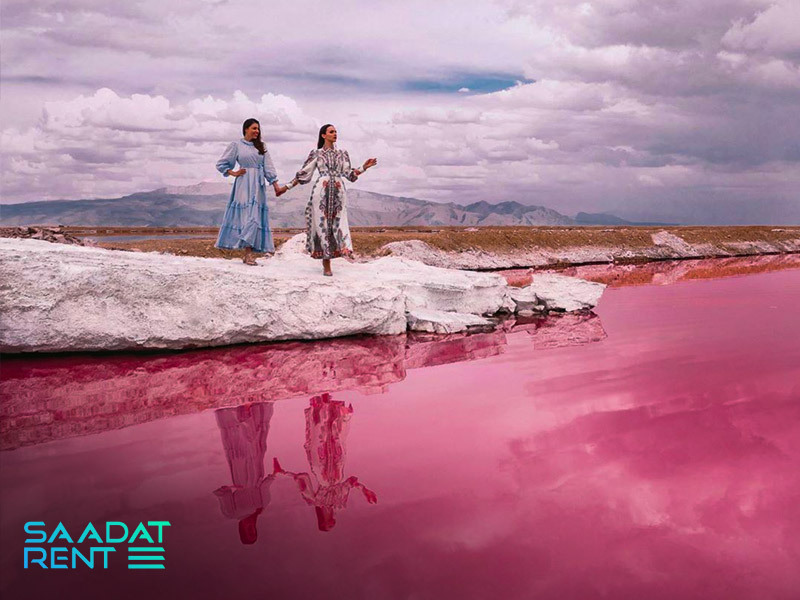 The beautiful city and port of Chabahar are located in the south of Sistan and Baluchestan province and on the shores of the Oman Sea. This blue attraction is also known as marine light-emitting bacteria and is a biological phenomenon that has made this area amazingly beautiful. The scientific name of marine luminaries is Phytoplankton, and it is enough to go to the shores of Chabahar on some nights of the summer months, especially in autumn and winter, and in the dark of night and exactly when 1 or 2 hours pass from the darkness of the sky. Stay by the beach and finally see the blue fireflies come and go along with the water wave. Many of this plankton remain in the sandy soil of the coast, and much more return to the water. 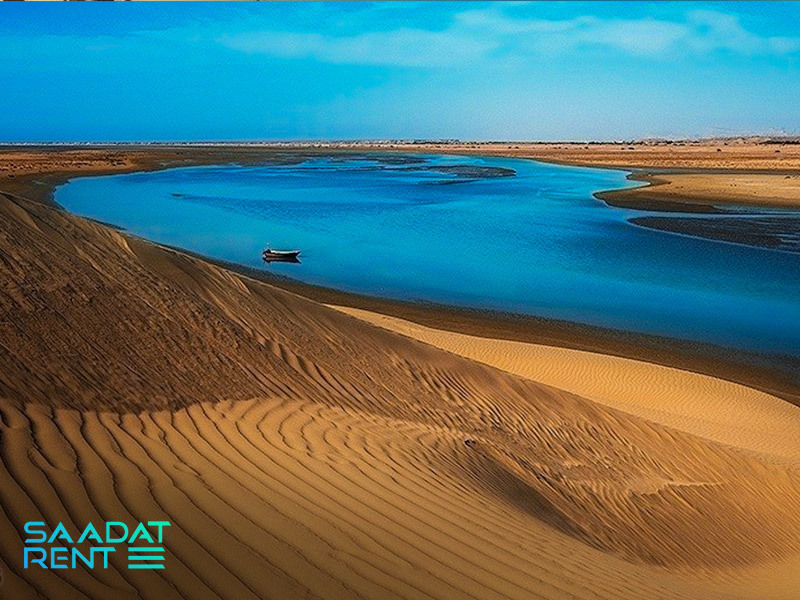 Aladagh Lar colorful mountains are located in Mahneshan city. These mountains are a good subject for nature photography due to their color, especially copper and yellow colors in suitable light conditions and hot weather. In the process of forming mountains and continental basins of this region, there have been iron deposits. The change of solutes and their type in the color of sediments has stabilized and caused the formation of Ala Dagh Lar hills or colored mountains. 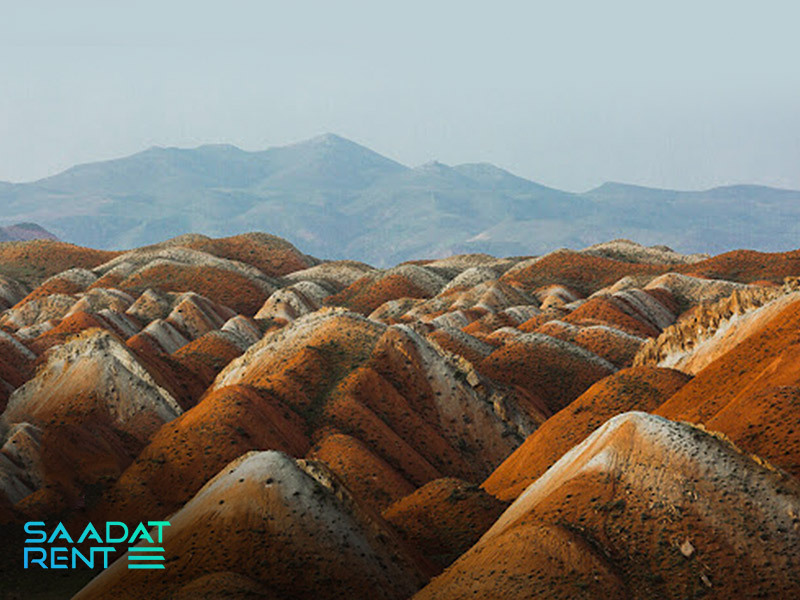 The Martian mountains of Chabahar are neither spectacular nor snow-capped peaks but are distinguished only by their special shape. Among these mountains, there is a unique pink lake called Lipar. The combination of these mountains with Lake Lipar has created a landscape that can not be easily overlooked. 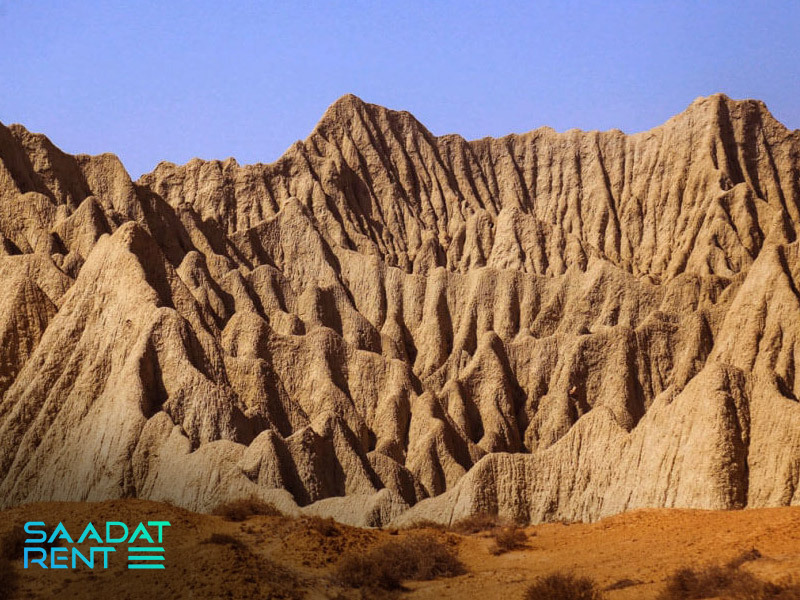 This gorge is 5 km long and there is a river flowing in the middle of it which joins Seymareh river at the entrance of Shears. This valley is located in Lorestan province in 55 cities of Kuhdasht in Zardalan and Old Ghobad region. This valley, which is located in a mountainous region, has a cold climate, so the best time to travel is in spring and summer. Also, the old trees of the year, the lush environment, and the presence of springs have made this place a suitable habitat for birds. 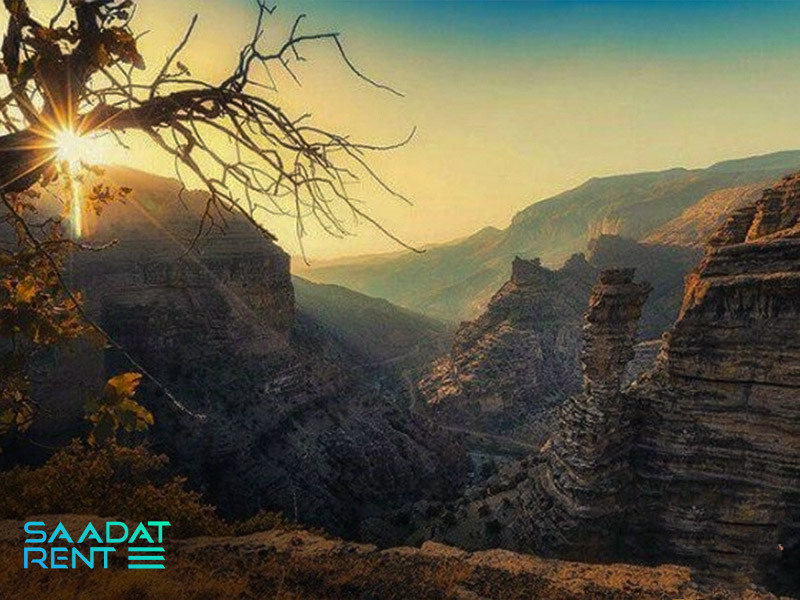 What we say was the little information about this beautiful country. If you want to visit this country, you should pack your things, buy a ticket and travel to Iran.